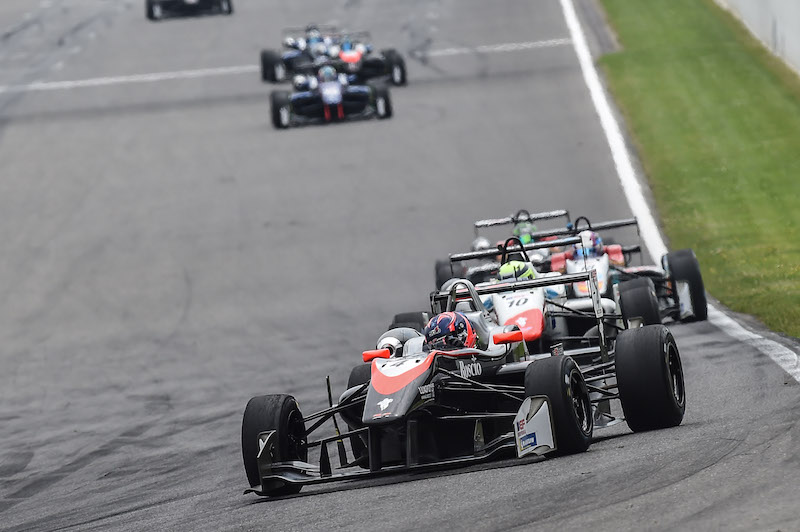 Drugovich started from pole position but lost the lead to Teo Martin Motorsport?s Bent Viscaal on the run to Les Combes.

However, Drugovich retook the lead coming into the Bus Stop Chicane at the end of the first lap, and from there controlled the pace at the front, winning the 13-lap race by 1.4 seconds.

Alex Karkosik finished second, after starting from fifth following a grid penalty for his race one incident.

Karkosik pressured team-mate Marcos Siebert and Viscaal for a number of laps, before disposing of both in the same move with a double tow.

Viscaal took third place and top rookie honours after his race-long battle with Siebert. The pair were rarely separated during the duration of the race.

Carlin team-mates Cameron Das and Matheus Iorio finished fifth and sixth respectively. The two tried to work together to try to close to the podium places, but ran out of laps and were left to trade places in the closing stages.