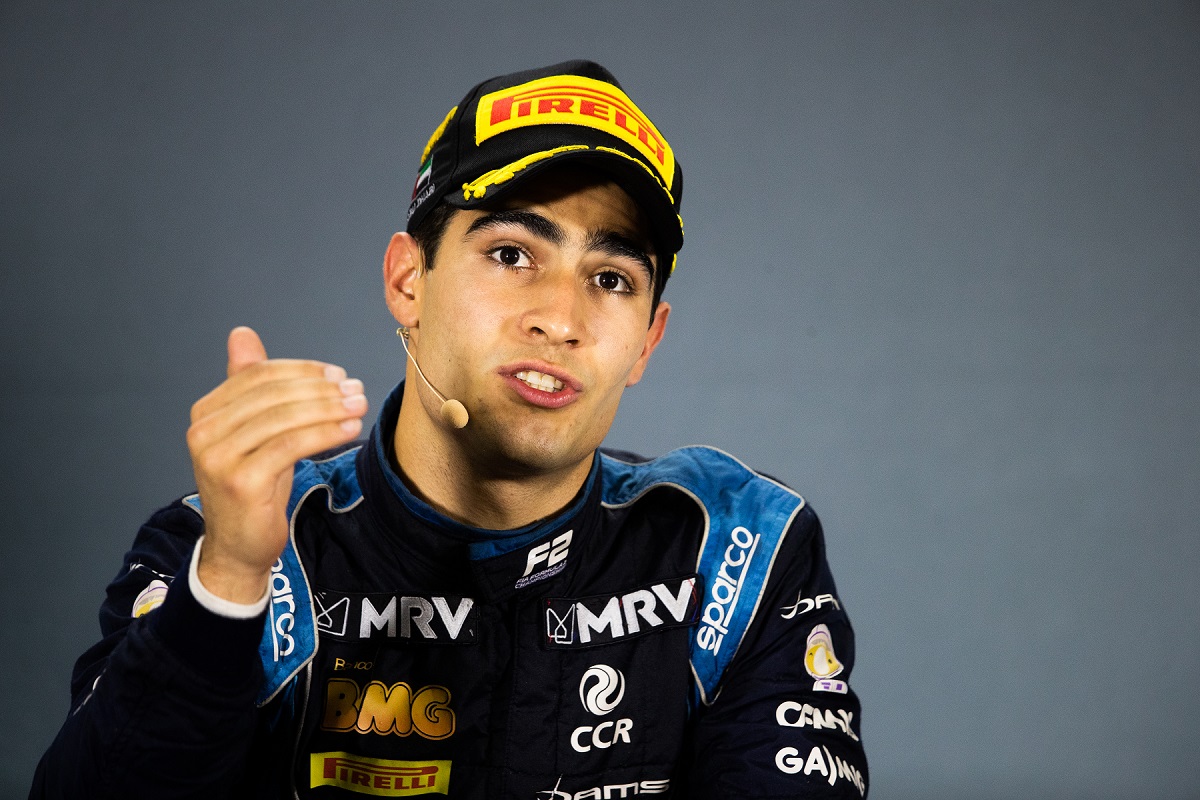 The news this Monday that Sergio Sette Camara will join Carlin for an official IndyCar test at Circuit of the Americas looked like it would end months of speculation on the Brazilian’s career trajectory, but has provided more questions than answers.

Sette Camara, 21, was McLaren’s Formula 1 test and development driver last year – a role the team’s website still shows him to be holding on the eve of car launch week.

The Brazilian earned his spot after being Formula 2 team-mate to McLaren’s then-protege Lando Norris at Carlin in 2018. Norris finished second in the points standings and earned himself a promotion to an F1 seat with the then-struggling British giant, but he was kept on his toes often enough by a team-mate who took the same amount of poles – and more fastest laps – than him that McLaren then put its support behind Sette Camara’s F2 title bid with DAMS for 2019.

This deal was no doubt helped by McLaren’s sponsorship deal with Brazilian petroleum company Petrobras, which was bringing an important influx of cash to a team that had just messily dropped a money-pumping Honda as its engine supplier.

By May 2019 that deal had also gone sour, despite McLaren’s improving on-track fortunes, as Brazilian president Jair Bolsonaro made calls for the five-year agreement with the majority state-owned company and the F1 team to end. Continued pressure from the Brazilian side of the agreement resulted in a termination before the end of the season.

F1 was still very much on Sette Camara’s mind, with the desire to score the superlicence points required to race in the championship in 2020 leading to a high-pressure end to his F2 season. To his credit, he did what was required and put in the most accomplished weekend of his racing career in the Abu Dhabi season finale with pole, feature race victory and a charging sprint race podium. While he just missed out on third in the standings by three points to fellow veteran Luca Ghiotto, it still netted him that coveted superlicence eligibility. 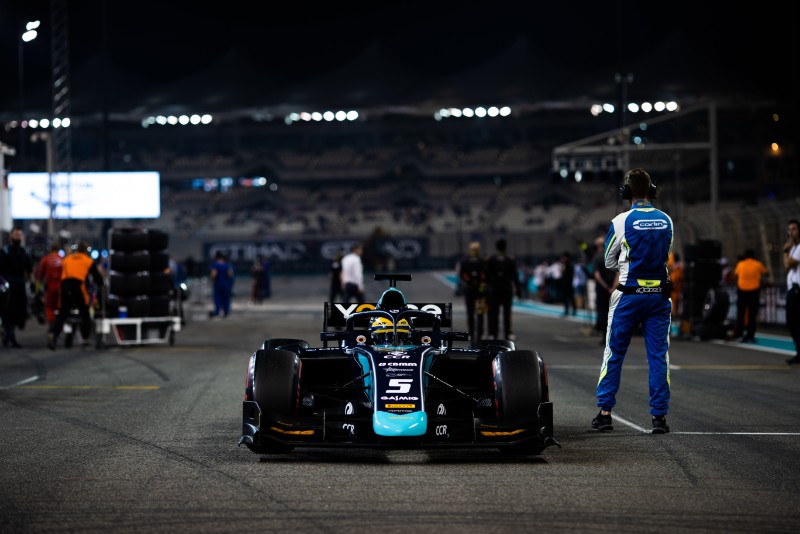 The remaining Williams F1 seat went to his DAMS team-mate Nicholas Latifi, and McLaren re-signed Norris early, leaving no spaces for Sette Camara. Looking forward to 2021, McLaren seems all but certain to keep its line-up of Norris and Carlos Sainz Jr for a third straight season as it continues its trajectory back up the grid, and Williams already has a queue of drivers with in waiting if either Latifi or George Russell leaves – including former Renault tester Jack Aitken.

The good news for Sette Camara is he doesn’t need to race in 2020 to apply for a superlicence the year after, saving a lot of money in the process as his points tally would still qualify him in 2021, but he is a driver who, despite showing lots of talent, has never been seriously feted by F1 and he still needs to fight hard to achieve that.

One argument as to why this is is that Sette Camara was rushed up the single-seater ladder too quickly. Even though he had the ability to race in the higher categories from a young age, it was arguably harming his F1 chances in the long-term by doing so, because it limited his chances to win races and championships.

Sette Camara was a champion karter at home and abroad in the junior level equipment, and he started racing single-seaters in Brazil as soon as he was old enough to. In the secondary level national Formula 3 championship it didn’t take long for him to show his pace, but rather stay in that learning ground for a second year like fellow rookie Pedro Piquet did, Sette Camara headed to FIA European F3 with the debuting Motopark team.

After Max Verstappen’s stunning rookie European F3 season in 2014, there was an inevitable increase in expectations for 2015’s rookie crop, and Sette Camara took on two Toyota Racing Series rounds as additional preparation. When thrown in at the deep end in European F3 though, he was only eighth-best of the ‘true’ rookies in the points, but this was offset by an eye-catching Masters of F3 podium and the Macau Grand Prix lap record – the kind of achievement that gets F1 teams calling. 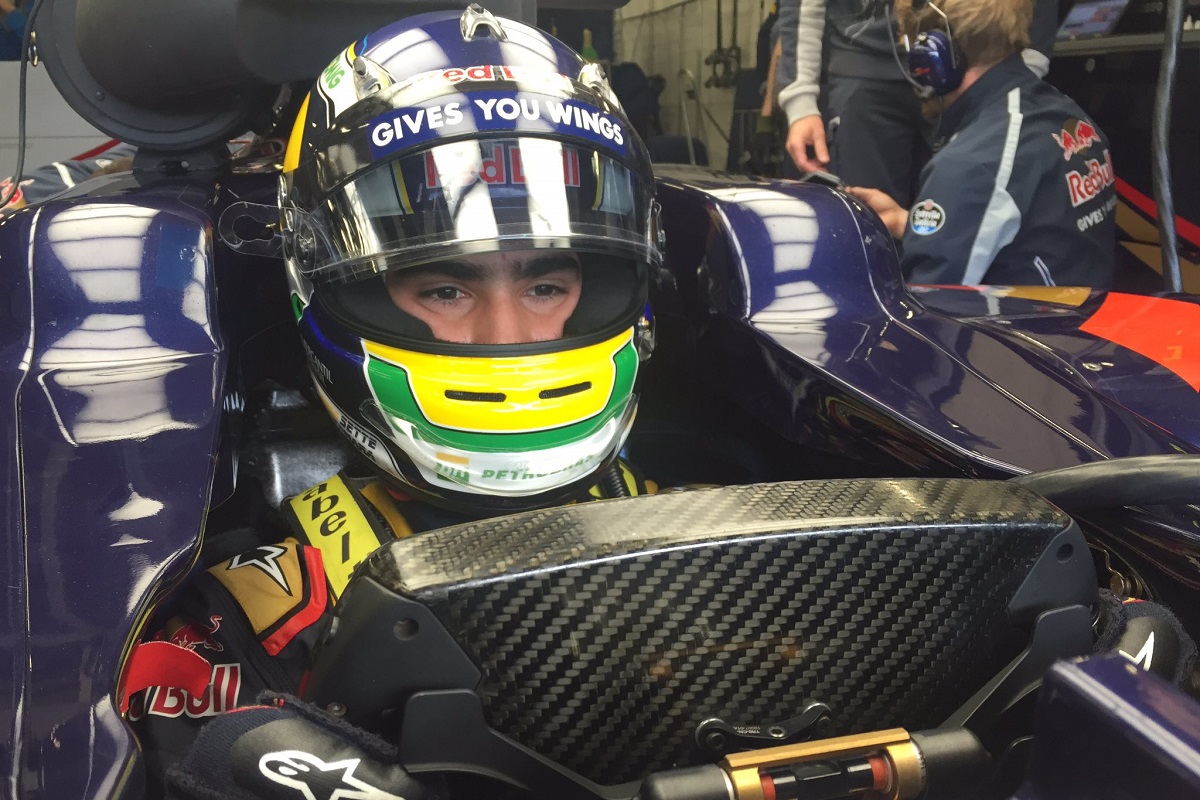 Being brought into the Red Bull Junior Team for 2016 piqued Toro Rosso’s interest in linking up with Petrobras, and even gave its logos on Sette Camara’s helmet some track time in F1 in Silverstone’s young driver test. Alas, no deal came about, and Sette Camara’s continued place in the young driver programme rested solely on his driving merit. Two podiums in European F3, and third-place finishes in the Masters of F3 and Macau GP (which he led for some time) was not enough.

Rather than stay on for another year in F3 and put some race wins or a title to his name, Sette Camara had already more than gathered the money to move up to F2 by the time of his Macau podium. A tantalising view of what could have been achieved in a third European F3 season was highlighted by another Macau return in 2017, where Sette Camara led until infamously crashing at the final corner of the race just as he was overtaken by Ferdinand Habsburg.

He started his first F2 campaign aged only 18, and with little over two-and-half years of racing experience in mostly the same car. He was yet to win a car race, but when he did (at Spa), he became the youngest race winner in the rung immediately below F1 since Fernando Alonso in 2000 back in Formula 3000. It was the second time in five years that MP Motorsport had won a race, but it had been preceded by 14 non-scores for the young Brazilian that had left him a lowly 20th in the standings.

Upping his game against Norris in 2018, including frequently outqualifying him in the season’s first half, brought him more attention, and was where F1 really took notice for the first time. It was clear that the stars of that grid were going straight to F1 – and for the long term – so off the back of that, and his subsequent McLaren deal, 2019 should have been Sette Camara’s year.

He had a speed capable of winning races most weekends, but that only happened twice, and he was fourth best in a battle of F2 veterans for the title. Had he been winning races all the time then F1 would probably have spent less time watching FIA F3 instead of F2. 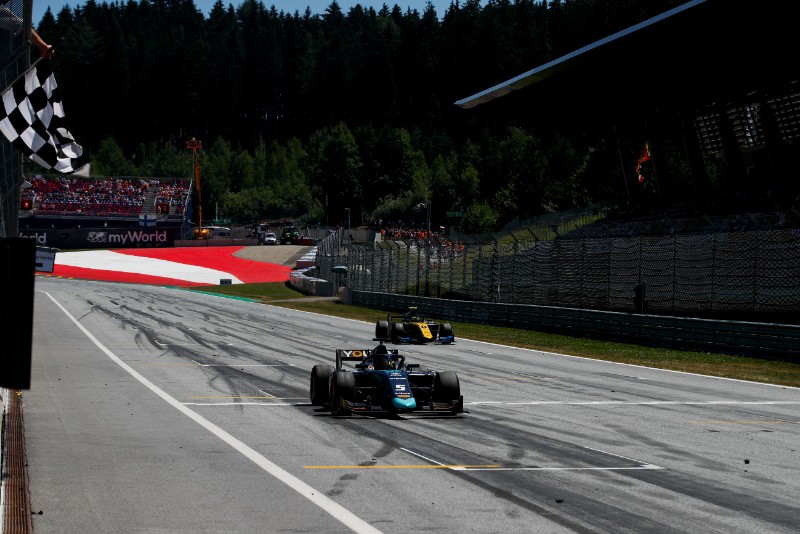 A fourth campaign in 2020 would have to end in title domination, but the driver market has moved fast and Sette Camara had already seemingly missed out on the most attractive seats when ended his season on a high in Abu Dhabi. If he were to find a seat, he would be going up against at least nine drivers from five F1 junior teams.

It is McLaren that remains his strongest link to an F1 future. After all, it has data on him from the last 12 months, whereas its F1 opposition have swelling driver development programmes with no room for another driver at F2 level – even if he’s been racing for less than six years and is still a youthful 21.

Sette Camara is not tied to being present in the F1 paddock as he is not a reserve driver, and if he can negotiate a deal to race for Carlin in IndyCar rather than F2 (where one of its drivers is still to be announced), then he can arguably prove more to McLaren and the wider F1 fraternity.

Without the immediate need for superlicence points, Sette Camara can choose to save money by splitting his 2020 IndyCar ride with compatriot and former F1 driver Felipe Nasr as media reports have suggested. He’ll remain an active racer, and will be doing so on new circuits and in a car that shares more with the incoming 2021 F1 regulations than the current F2 chassis.

Part-time campaigns, or even one-off examples of excellence, can turn a driver into a hot property in IndyCar – and even attract attention further afield. Rookie Patricio O’Ward started his season late last year, but an eighth place in his first race and a few more signs of promise convinced Dr Helmut Marko to sign him to Red Bull and put him on the conveyor belt to F1.

He was snatched back to IndyCar by none other than McLaren, which is entering full-time as a team – its most committed effort to the series since 1979. It’s not implausible that, together with team-mate Oliver Askew, O’Ward could appear in a McLaren F1 car at some point.

Competing against McLaren and beating them with the small Carlin team would be all the more impressive for Sette Camara, who would likely still depend on Norris or Sainz being poached by a larger team for him to fulfil his F1 dream. But then again, a driver with North American success and who would be the first South American in the world championship since Felipe Massa would be the sort of driver that Liberty Media might want in – especially with the Brazilian GP’s uncertain future.

If that doesn’t pan out, then setting himself up in IndyCar is still a strategic win for Sette Camara. Immensely popular Indy 500 winners Tony Kanaan and Helio Castroneves are only racing sporadically as they approach full retirements, and Matheus Leist has been shown the exit door, meaning IndyCar really needs a new South American talent.