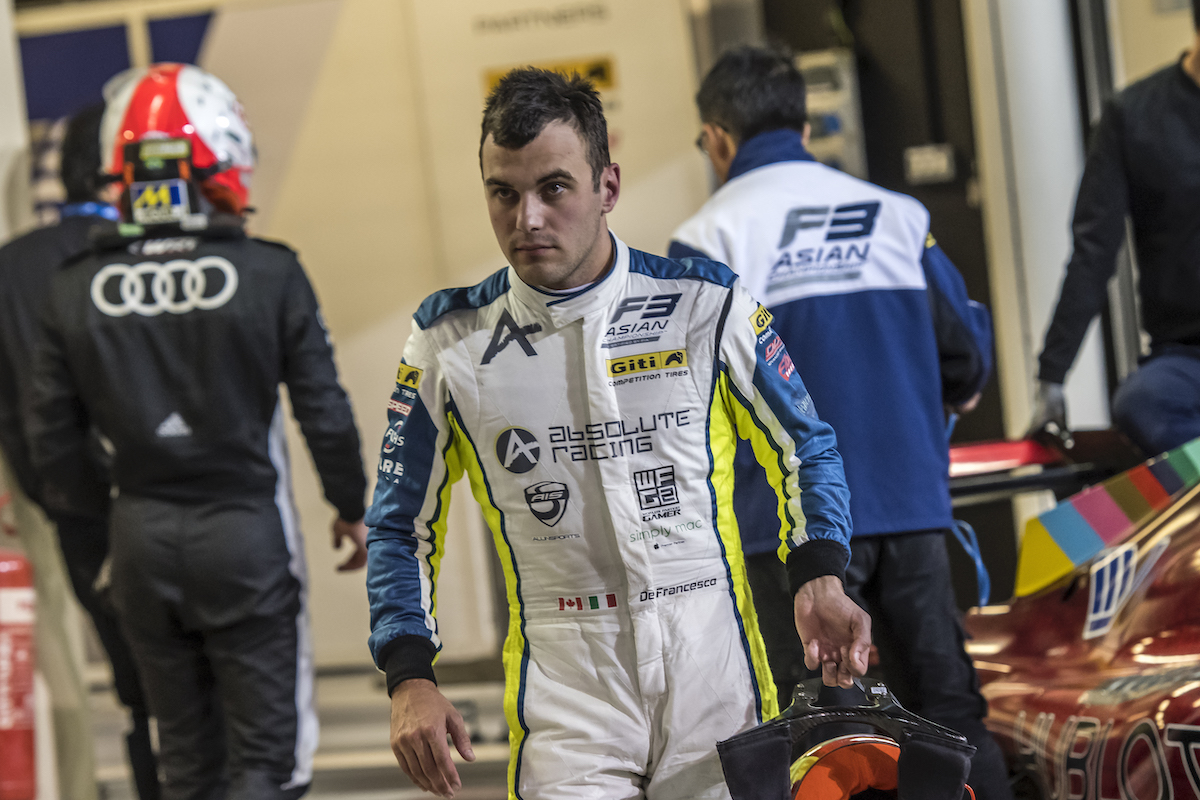 Devlin DeFrancesco will sit out the remaining two rounds of the 2019-20 Asian Formula 3 season due to concerns around coronavirus.

The Canadian, who recently resigned with Trident for a second FIA F3 Championship season later this year, was born 15 weeks premature, and explained that he has a weakened immune system as a consequence.

“Due to the virus risks currently in Asia, I’m sad to announce that I’ll be withdrawing from the remaining Asian F3 rounds,” said De Francesco, who is currently fourth in the Asian F3 standings with Absolute Racing and has three podiums to his name as well as a fastest lap.

“As you guys probably know I was born premature, so I have weakened immune system.

“It was a tough decision to make but I have to put the health of myself and my family first.

“I’d like to thank all the guys at Absolute Racing for everything over the last three rounds.”

Concerns about the coronavirus – which originated in the Chinese province of Wuhan – have led to the cancellation of Formula E’s Sanya E-Prix in March, and may impact the start of the Chinese Formula 4 season a month later.

Formula 1 is currently evaluating whether the Chinese Grand Prix, held at Shanghai International Circuit, should go ahead.

Absolute has not announced a replacement for DeFrancesco for the remaining races in Malaysia and Thailand, but will have Daniel Cao rejoining Jamie Chadwick and Tommy Smith after missing the two Middle Eastern rounds due to education commitments.