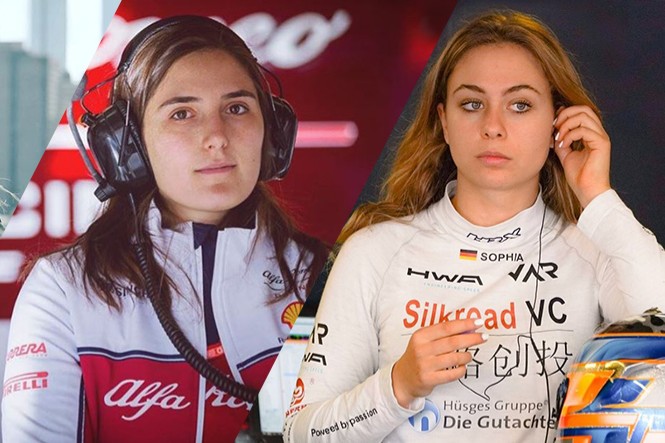 Tatiana Calderon and Sophia Floersch will team up with Katherine Legge as part of an all-female LMP2 line-up in the European Le Mans Series.

Richard Mille Racing Team, an eponymous new squad from the French watchmaker and long-time motorsport sponsor, will enter a Gibson-powered Oreca 07 prototype sportscar in the six-race series for the trio.

The FIA’s Women in Motorsport Commission supported the selection process for choosing which drivers would race the car, and assessments to narrow down the selection took place last year.

Formula 2-experienced driver Calderon is already committed to racing full-time in Super Formula this year, but with the opening race of both series in April clashing it suggests that another driver will be nominated for the Barcelona 4 Hours.

The Colombian has already teamed up with Legge, in another all-female line-up, in a GT3 car for Lamborghini team GEAR Racing by GRT in the Daytona 24 Hours.

Legge is heavily experienced in prototype and GT sportscars, but also previously raced single-seaters in A1 Grand Prix, Formula E and IndyCar.

Floersch, who raced in Formula Regional European Championship last year, is set to secure a drive in single-seaters for 2020 but has been linked to a Van Amersfoort Racing return in Euroformula after testing with the team.

“Wehooo. Can?t wait time kick some ass. Thanks to Richard Mille for the opportunity,” said the German.

Son of Supercars legend Greg Murphy to race in US F4