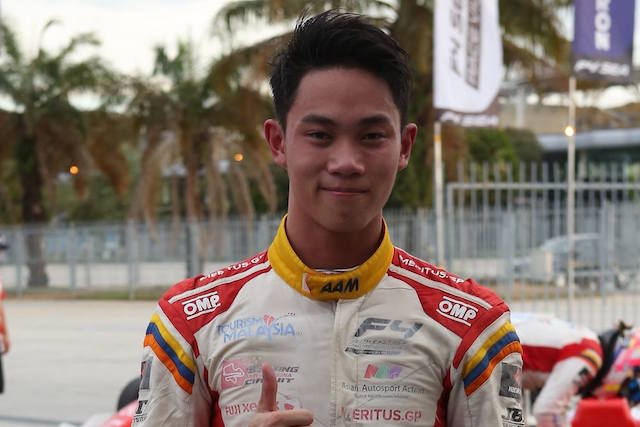 The 16-year-old Indonesian claimed?the inaugural F4 SEA title in January after taking nine wins in his maiden car racing campaign out of karts.

He was previously second in the European junior karting championship in 2015.

Martono will be joined by former AVF driver Julia Pankiewicz in a two-car team at Mark Burdett Motorsport, which is stepping up to compete in the Eurocup on a regular basis for the first time having concentrated on the British and Northern European Cup (NEC) championships in the past.

“Mark Burdett Motorsport has been racing in Formula Renault 2.0 since the introduction of the category in 2000, competing in the UK and NEC, and now the team is ready to step-up into Formula Renault Eurocup,” said team principal Mark Burdett.

“We are delighted Julia and Presley will be racing for the team this season which we hope will be a strong and competitive year.

“Julia tested with us over the winter and made great progress, working closely with her engineer and driver coach.

“Presley has a good background, both in karting and from winning the South East Asia Formula 4 Championship ? we?re looking forward to working with both drivers to achieve our goals.”

The number of drivers confirmed for this year’s Eurocup is now up to 30 ahead of the first official pre-season test at Magny-Cours on March 15.

Fortec Motorsports has recently completed its four-car line-up, with one of its latest signings being?Australian Alex Peroni, who won last year’s V de V Single-Seater Challenge in a Formula Renault and stood on the podium on his Eurocup debut with TS Corse at the final round of 2016 at Estoril (he was eventually classified fourth after a penalty for another driver was rescinded).

Five things we learned from the 2017 Toyota Racing Series