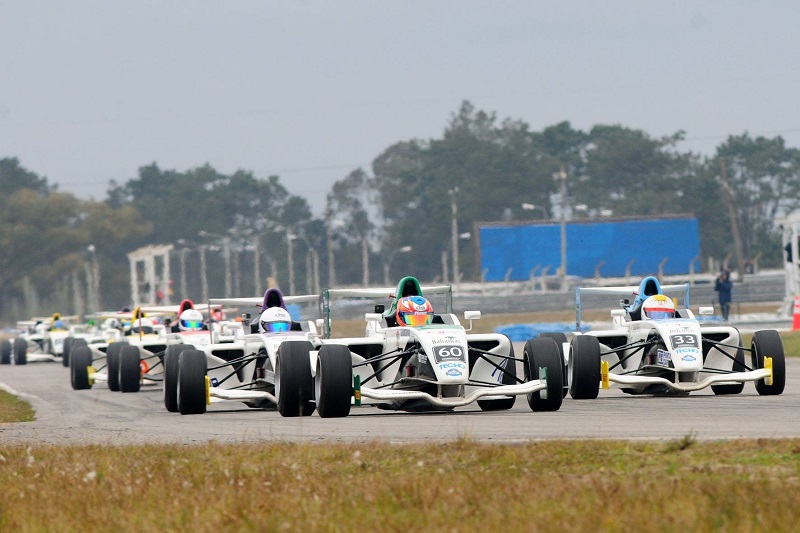 Formula 4 Sudamericana has been relaunched as Formula Academy Sudamericana, and will drop its Uruguayan heritage for a championship based predominantly in Brazil.

SudAm F4 started in 2014 with a seven round calendar based primarily in Uruguay. Future GP3 and Stock Car Brazil driver Bruno Baptista was champion, with many of the other drivers going on to race in Stock Cars or the Argentina-based TC2000 championship.

There were two more seasons, won by EF Open driver Pedro Cardoso and?Facundo Garese. There were no races held in 2017, although drivers continued to test the Signatech chassis, also seen in French F4 up to 2016, used in the championship.

The 2018 relaunch not only renames the championship, but relocates it to Brazil, which also has a Formula 3 championship, a rarity in South America.

The championship will continue to be centrally run and promoted by Gerardo ‘Tato’ Salaverr?a and?Linneu Linardi.

Partnerships with regional and club motorsport championships have been established, and Salaverria wants FAcademy SudAm to gain more visibility and promote the next generation of Brazilian Formula 1 drivers. The retirement of Felipe Massa has meant that this year is the first since 1969 without a Brazilian on the F1 grid.

Race weekends will consist of two free practice sessions, qualifying and two races, and points will be awarded in the same style as F1, but with an additional point for pole and fastest lap.

Interlagos’s Autodromo Jose Carlos Pace, the home of the Brazilian Grand Prix, will host the opening round of the 2018 season on 19-20 May, with visits to Cascavel, Londrina Curitiba, Campo Grande and Vello Cita before returning to Interlagos for the penultimate round of the season.

The season finale will be held at Montevideo in Uruguay.