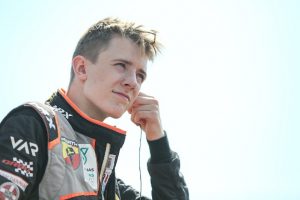 Formula 4 race-winner Frederik Vesti will make his European Formula 3 debut in the Hockenheim season finale, remaining with the Van Amersfoort Racing team he has raced with this year.

The 16-year-old Dane finished fourth in ADAC F4 this year, winning twice, and also took two wins out of three in an Italian F4 cameo. In his debut ADAC F4 season in 2017 he finished seventh, with one victory.

?Racing in European F3 after only a few days of testing represents a big step but I see it as a learning process and as a great preparation for 2019 ? a season I hope to contest in F3,” said Vesti.

“I?m more than ready for it! I just can?t wait for getting into the cockpit of the car for the first time I really enjoyed working with Van Amersfoort Racing in ADAC Formula 4 over the course of the past two seasons. Racing with that team was a dream come true for me and I have learned a lot while developing both as driver and person.”

?In the last two years, we actively supported Frederik regarding the development of his career and it has been great to watch him mature, both in and out of the car,” added VAR team principal Frits van Amersfoort.

“This year, particularly in the second half of the season, he has shown great progress and we can see that he is ready for making the next step.?

The 2018 European F3 season finale takes place at Hockenheim on October 13-14, with Mick Schumacher, Dan Ticktum and Marcus Armstrong in contention for the title. The rookie title is also up for grabs, with Robert Shwartzman leading Juri Vips and Armstrong.