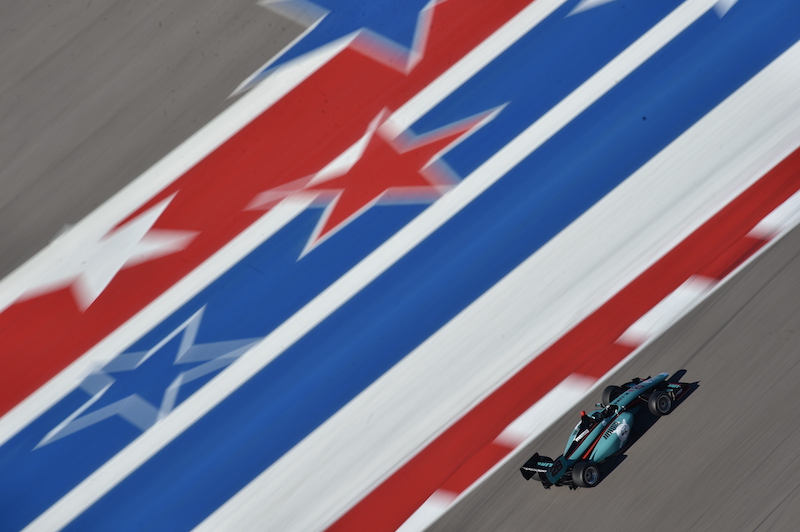 An Indy Lights doubleheader at the Circuit of the Americas in Austin, Texas is the highlight of the Road to Indy’s recently announced 2019 schedule.

The 5.513km circuit joined the Formula 1 calendar in 2012, and will host its first IndyCar race next year. Indy Lights will hold its third and fourth races of the season in support, following the traditional St. Petersburg opener.

The annual end-of-season Chris Griffis Memorial Test for the Road to Indy series was held at the Austin track in 2015 (pictured).

Roughly following the same order as the 2018 Indy Lights calendar, the only changes are the loss of the Barber Motorsports Park round in April and Iowa Speedway oval race in July, and the addition of Laguna Seca as season finale in September. The circuit used to be sponsored by recently departed Road to Indy partner Mazda, and held the season finale for Indy Lights, Pro Mazda and USF2000 in 2016.

Four open tests are scheduled, two of which are in-season. The ‘Spring Training’ test will take place at Homestead-Miami Speedway prior to the season opener, and will be followed by a Indianapolis Motor Speedway road course test during prior to the road course races and Freedom 100 oval event there, a Gateway Motorsports Park test on an unspecified August date and the Chris Griffis Memorial Test at IMS.

Pro Mazda and USF2000 also lose the round at Barber and join the undercard at Laguna Seca, but will not be present at COTA.