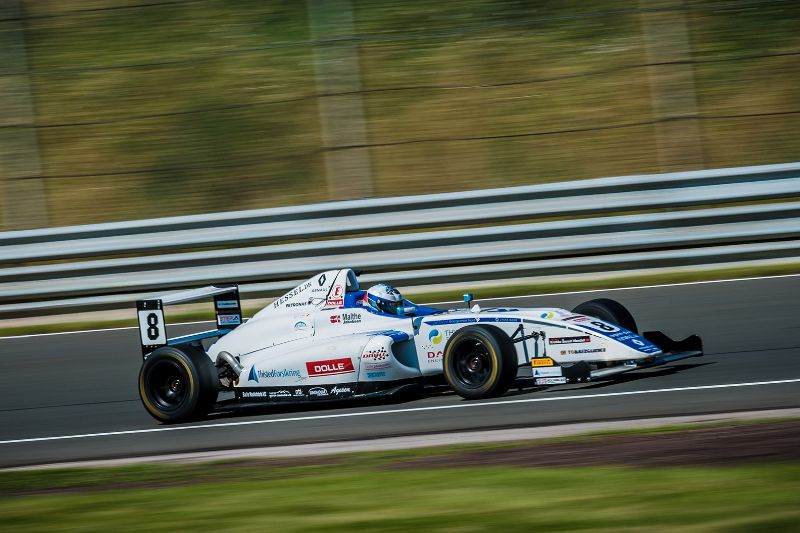 In qualifying, the top eight was covered by less than one second with Crosslink/Kiwi Motorsport?s Arthur Leist taking pole position, 0.368 seconds ahead of Jay Howard Driver Development?s Christian Brooks.

Car was in the lead from fifth on the grid by the third lap of race one, but the safety car was soon deployed after an incident for debutant Sicheng Li. The race then ended behind the safety car after another incident for the Chinese rookie, giving Car a third win of the season ahead of Jose Blanco-Chock (Crosslink/Kiwi) and Kiko Porto (DEForce Racing).

Blanco-Chock started race two from pole ahead of Leist, with Car starting fourth. Brooks dived into the lead from second on the grid, but was quickly overhauled by Blanco-Chock. Both Dylan Tavella and David Porcelli became beached after going off at Turn 4, which led to a full course yellow.

Leist took the lead on the restart while a three-way battle erupted between Car, Brooks and Blanco-Chock for second. Leist set a number of fastest laps to extend his advantage to over a second, but another FCY closed the field up and Car snatched the lead from his Crosslink/Kiwi team-mate on the restart.

As Blanco-Chock fell down the order, Leist reclaimed the lead from Car to win by 0.446 seconds, with Brooks taking third.

Race three was high in attrition, as Brooks held off Car to take his first US F4 win – helped by a FCY on the final lap.

Danish F4 made its first ever visit to Sweden at the Kinnekulle Ring, with Lindhard Motorsport?s Jonas Lindhard Nielsen maintaining his 16-point advantage in the championship.

Jakobsen?s Team FSP team-mate and rookie Largim Ali retired after six laps, and was then unable to compete in the next two races.

In race two it was a switch of positions for Nielsen and Jakobsen, with Nielsen defeating Eriksen by 4.998s. The final race was a much closer affair, with Jakobsen fending off Eriksen by 0.192s, and Nielsen completed a hat trick of fastest laps in third place.

Lucas Daugaard was the dominant winner in the F4 Light class, with three sixth place finishes.