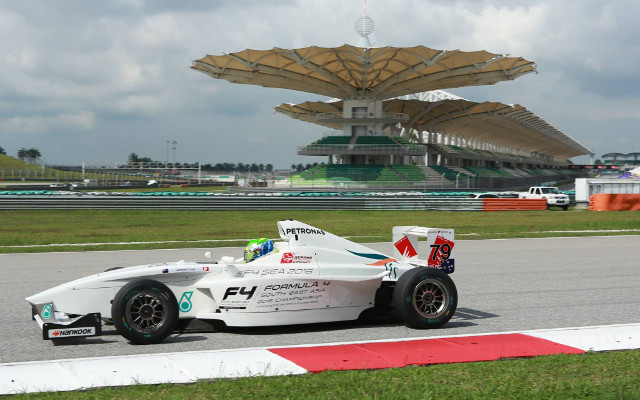 A championship in South East Asia is the latest series to be announced in line with the FIA?s Formula 4 concept.

The Formula 4 South East Asia Championship will be promoted by the Asian Autosport Action Group (Triple A) ? owner of the Meritus single-seater outfit that runs the AsiaCup series (pictured above) ? in partnership with the Automobile Association of Malaysia (AAM).

Like AsiaCup, F4SEA will be run as a single-team championship ? similar to Koiranen?s operation of the SMP F4 championship in the Northern European Zone ? with experienced GP2 engineer Sean Thompson as technical director.

The chassis and engine to be used will be presented during the AsiaCup finale at Sepang on 11 December.

?It is an enormous privilege to be selected by the AAM and FIA as the promoter for the Formula 4 South East Asia Championship,? said Triple A CEO Peter Thompson.

?AsiaCup removed the financial barrier, helping over 60 drivers transition from karting to formula racing. Many AsiaCup Series drivers, such as Arjun Maini and Jake Parsons, have gone on to win at higher levels.

?With the upgrade of the AsiaCup Series to the new FIA Formula 4 global format, we are in a good position to provide the most cost-effective junior driver development programme ever in Asia.?