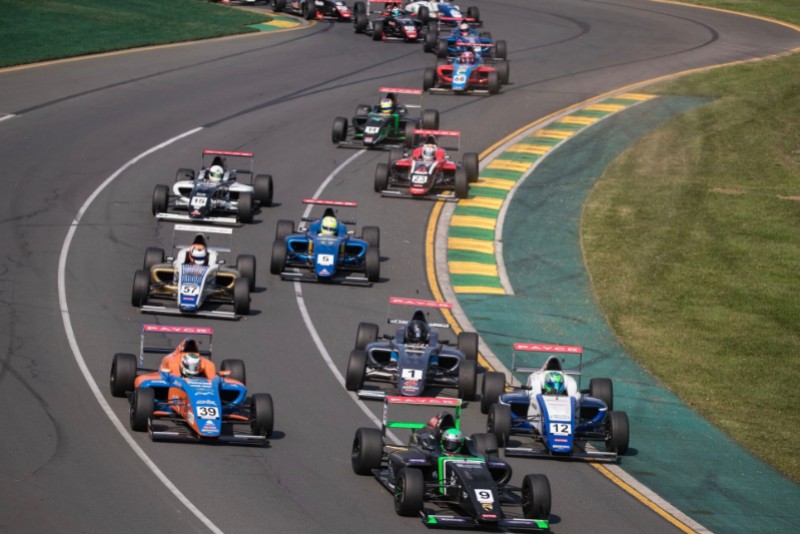 The first ever Formula 4 Asian-Pacific Cup will take place on October 17-19 this year at Ningbo International Speedway, with teams from Australia, China, Japan and the South East Asian F4 series.

According to Australian F4 organiser CAMS, the top three from its championship will get automatic spots at ‘Team Australia’ for the event, with an additional wildcard choice of a driver who finished further down the standings.

All teams will run identical Mygale F4 chassis, cars that also see use in Europe and Mexico, and use a Geely 2.0-litre engine. The event’s schedule includes?several test and free practice sessions before a 30-minute qualifying and two half-hour races.

It is unclear whether the winner will be decided by the latter race, as at the FIA Formula 3 World Cup-giving Macau Grand Prix, or by combined results as per many junior single-seater events used to run to.

Ningbo is omitted from this year’s Chinese F4 calendar, after the championship made three visits last year, reducing the chance of local drivers having a circuit advantage.

?We?re really excited to confirm that we will be supporting a ?Team Australia? at the first ever F4 Asian-Pacific Cup later this year,? said Michael Smith, the director of motorsport at CAMS.

?This is yet another opportunity that Formula 4 is providing to aid the development of our future stars. This is in addition to the many opportunities the Australian F4 championship has provided to our drivers, including tests with Porsche Carerra Cup Australia teams and test days for our recent champions in a Supercar with Brad Jones Racing.”

?F4 is giving young drivers the chance to showcase their skills to high profile industry stakeholders and that is what the category is all about.”