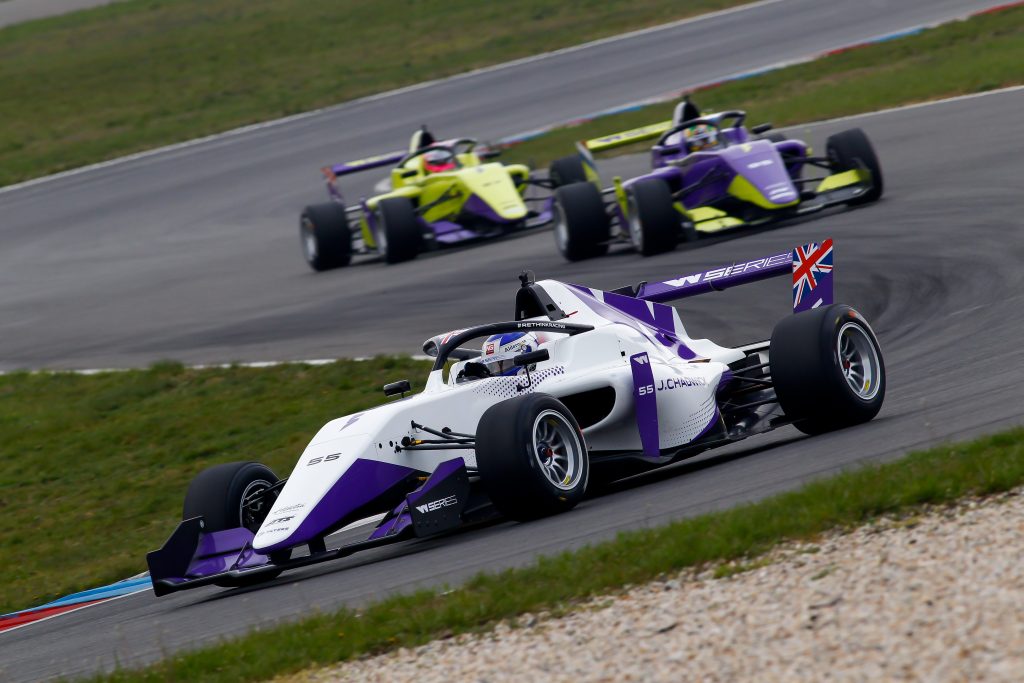 W Series has confirmed that will hold a second season in 2020 during a press conference at its pre-season Lausitz test.

All drivers from the inaugural season will be eligible to enter the series next year, although it is unclear whether they will have to go through the same selection process again to make it onto the grid.

The only pre-season test for 2019 took place this week, with all drivers given the same test programme of 138 laps.

Times were withheld from the public, although one picture was leaked of the three-day test’s final session, showing a spread of 2.214 seconds across the 19-car field.

Ryan confirmed that W Series drivers will be banned from testing at circuits in advance to the series racing at them, although did not go into enough detail to identify whether that ban was limited to the regional Formula 3 cars that W Series uses, and if racing in other championships would bypass that ban.

Five mobile simulators will also be shipped to every round alongside the cars, with W Series entrants allowed a session in a simulator to learn circuits immediately prior to and after each weekend’s races.

The financial model of W Series was expanded on Bond Muir, revealing that the championship uses an investor model rather than sponsorship at present, and that the prize money for the upcoming season will have no spending restrictions, meaning the W Series champion can use their $500,000 cash prize on whatever they want.

The 20-year-old has history in sportscar racing, having won the 2015 British GT4 title alongside Ross Gunn, a fellow Aston Martin factory driver and BRDC British F3 race-winner. She also raced in the Nurburgring 24 Hours last year.

Chadwick will partner up with Gunn again for the Nurburgring-based VLN Endurance Championship, leading up to a second attempt at the 24-hour race.

?It?s an incredible feeling to become an Aston Martin works junior driver. To have started my racing journey in an Aston Martin in British GTs in 2015, and to then be welcomed back and rewarded with a works contract is fantastic,” said Chadwick.

“It?s looking like it?s going to be a big year. The W Series is a key focus in 2019 and winning that title has to be an imperative, but bringing home some silverware in the N?rburgring 24 Hours is extremely important to me as well.”

Why it’s not just Red Bull with eyes on Japan