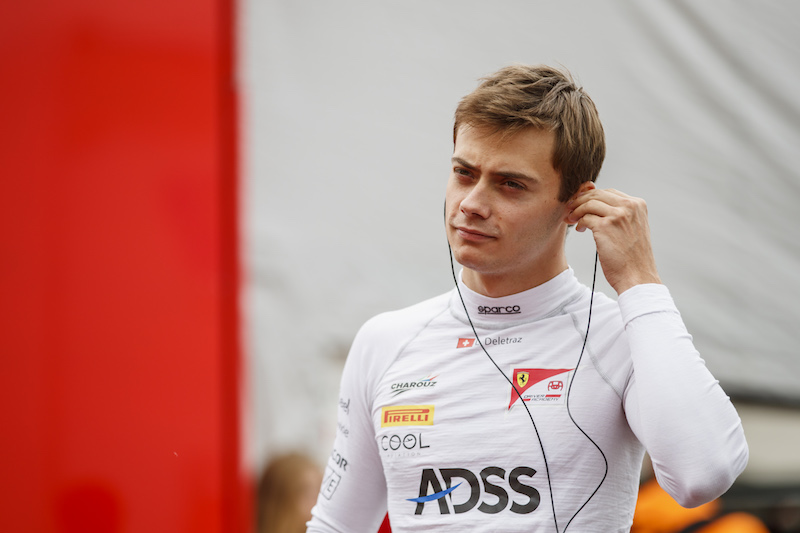 Formula 2 racer Louis Deletraz will have his first official run in a Formula 1 car when he drives for the Haas team in the Pirelli tyre test that follows the season-ending Abu Dhabi Grand Prix.

Deletraz, 21, is currently 11th in the F2 standings in his second season in the series, having claimed second-place finishes in the sprint races in Monaco and at Paul Ricard.

His F1 outing has been facilitated by Deletraz’s Abu Dhabi-based sponsor ADSS, whose logos will appear on the Haas car for both the race weekend and test.

?I?m naturally very excited to make my Formula One debut testing in Abu Dhabi,? said Deletraz, who will drive on the second day of the two-day test on November 28.

?It?s the perfect way to end my 2018 season, one in which I?ve continued to develop and showcase my credentials. I?m looking forward to spending time with Haas F1 Team in Brazil and Abu Dhabi prior to driving the VF-18. I?m sure it will be a memorable experience as I work with the team running Pirelli?s 2019 tyre line-up.?

Deletraz enjoys a strong relationship with Haas racer Romain Grosjean, who took on an official role of mentor for his fellow Geneva native at the start of 2016.

Driving for the Charouz team in F2, Deletraz has also had ties to the Ferrari Driver Academy in 2018, although he is not part of its official roster.

“He has enjoyed a solid 2018 season competing in F2, amidst possibly one of the strongest fields in recent years,” said team boss Gunther Steiner.

“We look forward to welcoming Louis into the team along with ADSS Group at their home Grand Prix. I?m sure he will acquit himself with the same drive and determination that has brought him success throughout his career to-date.”

Before reaching F2, Deleteaz was Formula Renault Northern European Cup champion and Eurocup runner-up in 2015 before finishing second in Formula V8 3.5 in 2016.