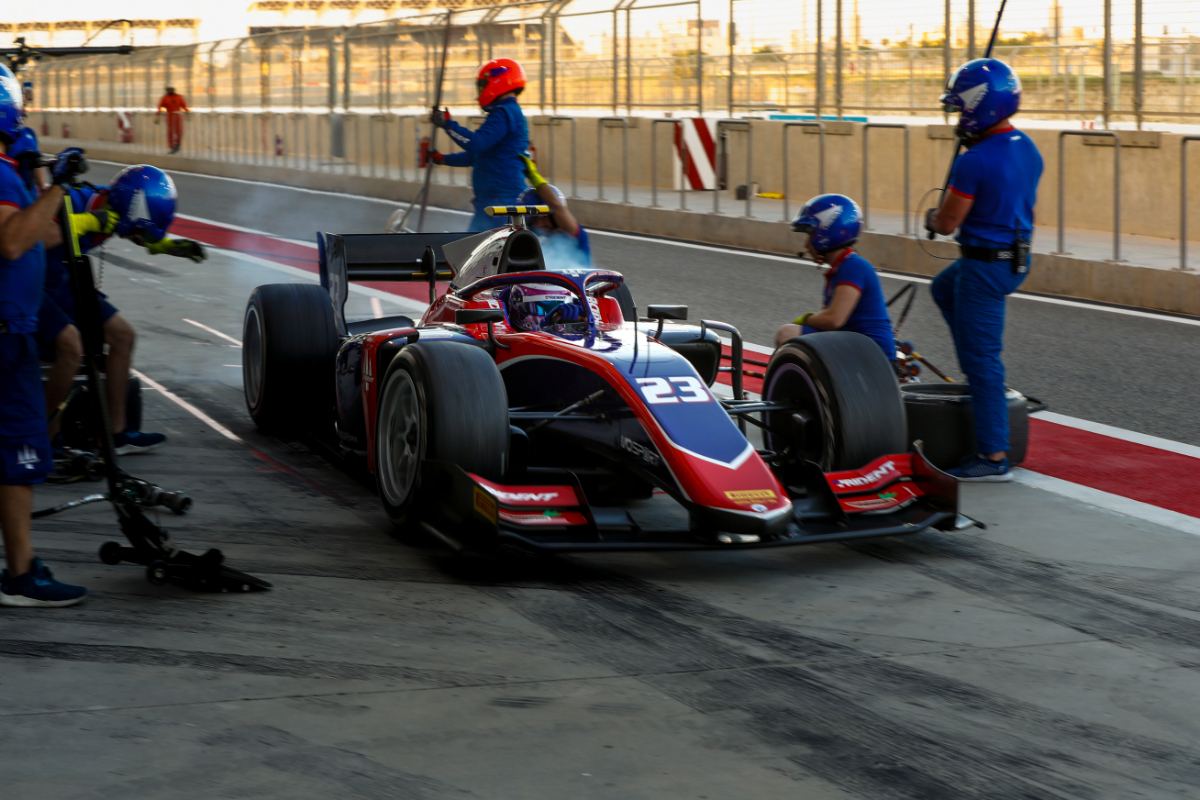 Formula 2 post-season testing is set to take place over three days in Bahrain in the week after the December season finale.

The test will run on December 8-10 on the circuit’s Grand Prix layout, the same one being used for this weekend’s races, as opposed to the Outer layout that will hold the final round in the days before the test.

Eight sets of tyres will be available for each of the 22 cars present, with Pirelli’s hard compound tyre nominated for the week’s running.

Formula Scout understands 15 of the cars having already been filled by drivers, with three of the 2020 title contenders being back in action.

Renault juniors Christian Lundgaard and Guanyu Zhou stay on at ART Grand Prix and Virtuosi Racing as expected, and Robert Shwartzman remains in his Prema seat that he looks set to return to in 2021 and has already been teased by Ferrari.

Red Bull’s juniors have also found test berths, with Jehan Daruvala, Liam Lawson and Juri Vips all confirmed to be on track.

Vips has contested the last four F2 events with DAMS, but will hand back that seat for the Bahrain rounds to Sean Gelael – after the Indonesian successfully recovered from the broken verterbrae he suffered earlier in the season – and take a place at Hitech GP for the test.

Felipe Drugovich will move across from MP to fill Callum Ilott’s seat at Virtuosi, Dan Ticktum is expected to swap DAMS for Carlin, and Marcus Armstrong is set for DAMS along with Roy Nissany.

So far only three from the FIA Formula 3 Championship field are down to test, and with the teams that ran them in the third-tier series. Already known to be joining Lawson is new champion Oscar Piastri and Theo Pourchaire.

FIA F3 title runner-up Pourchaire makes his F2 debut with HWA Racelab this weekend, and will also contest the season finale with the German team. He is working on landing a full-time F2 seat with ART GP for 2021.