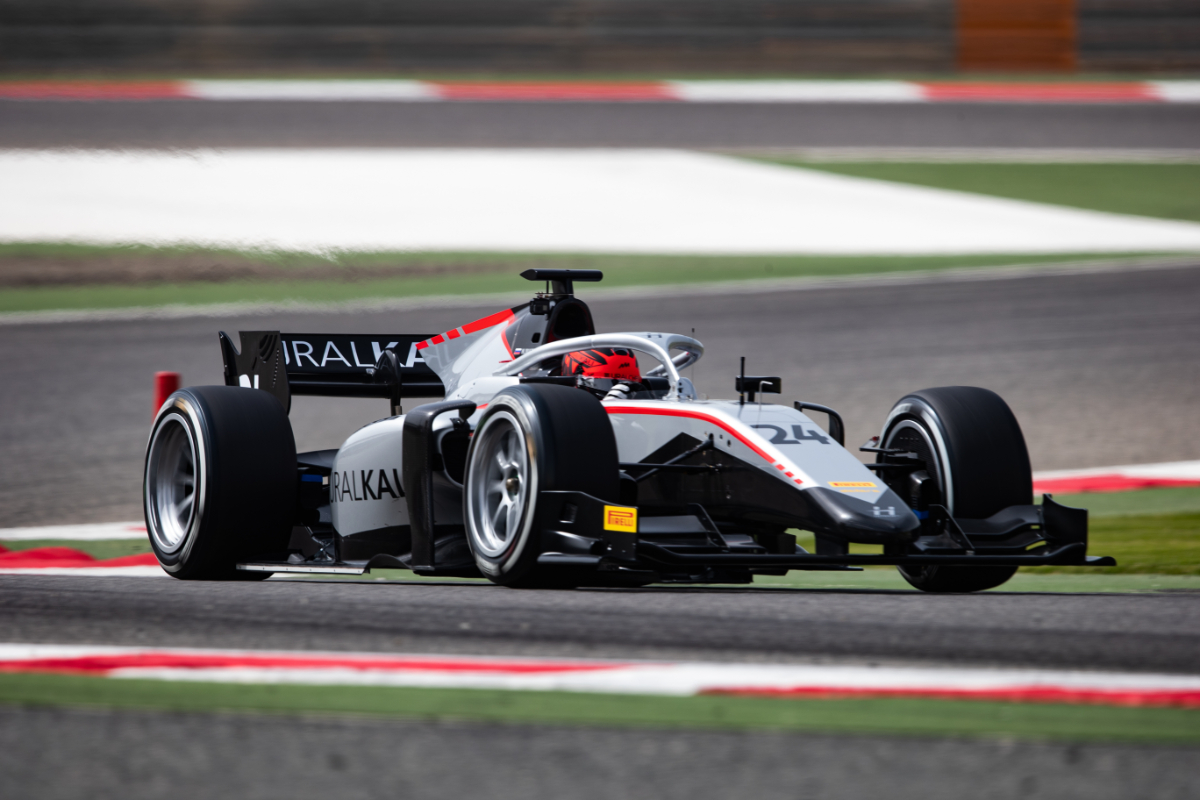 The 45-minute session was the first F2 action for over two months after the most recent event at Sochi. The start was delayed slightly as work around the track was being completed and the cars had to work their way from the support paddock, located down the back straight, to the Formula 1 pitlane.

From there, the circuit was dusty and morning rain meant that grip was minimal. Few laps were completed early on, although MP Motorsport’s Giuliano Alesi had just gone quickest 10 minutes in when HWA Racelab’s Artem Markelov spun off at the last corner on throttle.

In a bizarre moment, Markelov’s car started to roll backwards after he had vacated it. It nerfed the barriers on the inside of the exit of the corner but did not damage the rear wing of the car.

That halted the session for five minutes, but only a few more laps were completed when Trident’s Marino Sato repeated Markelov’s spin at the same place. This brought out the second red flag. Sato’s car was controlled by the marshals on that occasion though.

The session resumed with 20 minutes remaining and drivers fought for track position with further rain incoming.

Carlin duo Jehan Daruvala and Yuki Tsunoda – who had been expecting to go well around the Sakhir circuit – initially set the pace. For Tsunoda, that was despite a near-miss with Trident’s Roy Nissany, who is to take part in FP1 with Williams after the session.

Nissany had just spun and, as he attempted to recover, he almost had contact with the championship contender.

Light rain began to fall as the session progressed, and it started to intensify as it reached its conclusion. But Mazepin had gone quickest when the track was at its quickest with a 1m42.660s and headed the Carlin duo.

DAMS  driver Dan Ticktum was fourth fastest, ahead of ART Grand Prix’s Christian Lundgaard,  who set the pace in the middle of the red flag periods.

Championship leader Mick Schumacher rounded out the top 10 – half a second off the pace – behind Virtuosi Racing’s Guanyu Zhou and MP’s Felipe Drugovich.

F2 newcomer Theo Pourchaire was 17th fastest after a stall in the pits, while Sean Gelael failed to set a representative laptime on his return after injury.