F2 in “no worry” about sustainable fuel supply for 2023 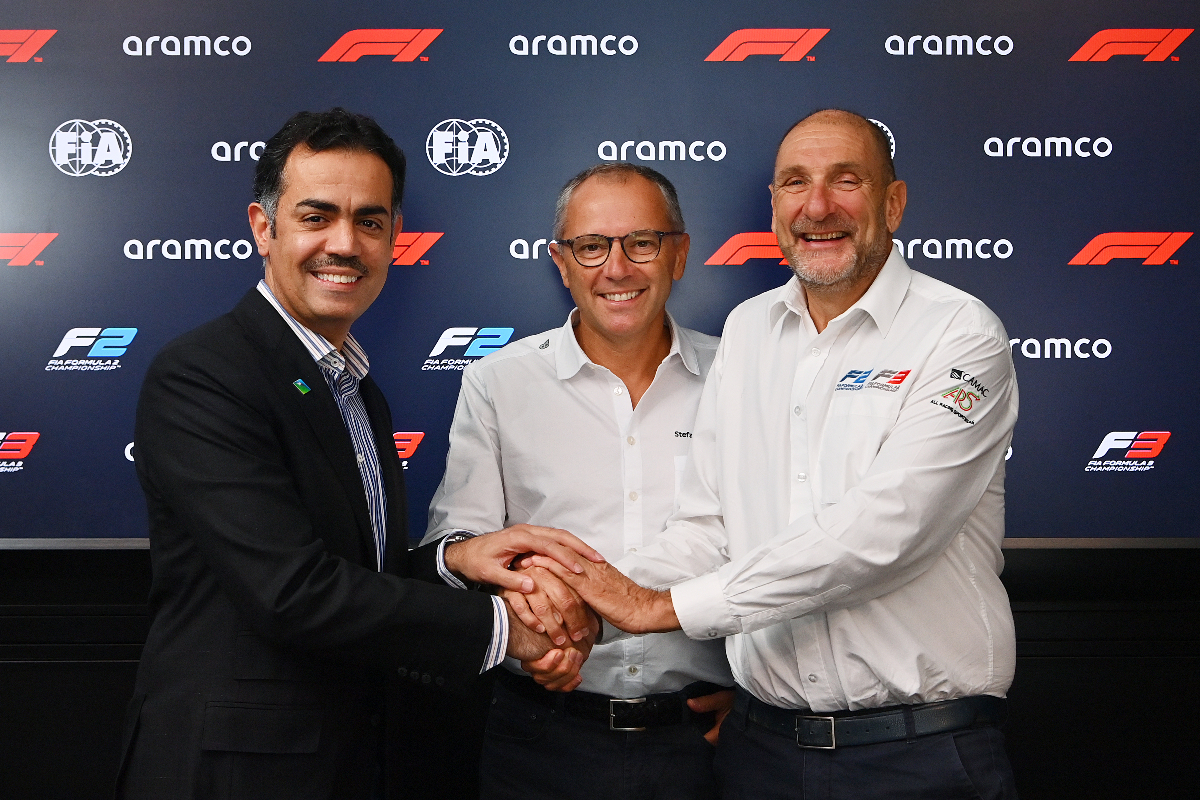 Formula 2 promoter Bruno Michel says he has “no worry” about Aramco’s ability to create enough sustainable fuel for 2023 via direct air capture (DAC), despite practical doubts about the technique.

While pulling carbon dioxide straight out of the air has huge potential as an air-cleaning technique and also as a method for carbon storage, it has to be done on an immense scale for that CO2 to then be used for industrial scale synthetic fuel production.

F2 is introducing a sustainable fuel mix next year in partnership with Aramco, while Formula 1 is working with the Saudi company to introduce sustainable synthetic fuel by 2026. Despite the world championship’s interest in DAC, it has described the technique as “quite a difficult one” for meeting its needs, and thinks in “decades to come, it will be a common process”.

Once the sustainable fuel formula is introduced in F1, there is set to be multiple suppliers for different teams. Although the total fuel demand of F1 is bigger than F2, Aramco will have to supply all 11 teams in the support paddock. Michel has shaken off any concerns that a commitment to DAC over other techniques will make it harder to supply enough fuel in time for 2023.

“Number one, we are not requiring so much fuel at the end of the day,” he said to Formula Scout. “If you add up all the fuel that is needed for F2 plus Formula 3 over three seasons, the figures are not too high.

“And that’s why it was easier for us to do this deal with Aramco, because we’re not requiring massive quantities than like other categories would require. So the answer is it’s not a problem. And the answer is Aramco will be able to supply fuel to the full F2 and F3 teams over a full season, testing included. We have no worry about that.”

In 2024, Michel has confirmed that an all-new car and a new engine will be introduced in F2, with the latter needing to be able to run on a 55% sustainable fuel mix. The FIA is currently going through tenders to supply the next-generation engine.

“What we are going to develop might be also something a little bit different from F1,” he said in a recent press session.

“The idea is that we start next year with already a majority sustainable fuel. And that we are going to go from 2025 into synthetic fuel. And until we get to 100% synthetic [fuel] in 2027. Which is something that is absolutely amazing in motor racing, because the concept of synthetic fuel is that you capture CO2 from the atmosphere and you change it into energy.”

Michel also said that reliability would not be a concern as substantial dyno time with the new fuel will be followed by testing on F2’s development car before it is introduced to the series.