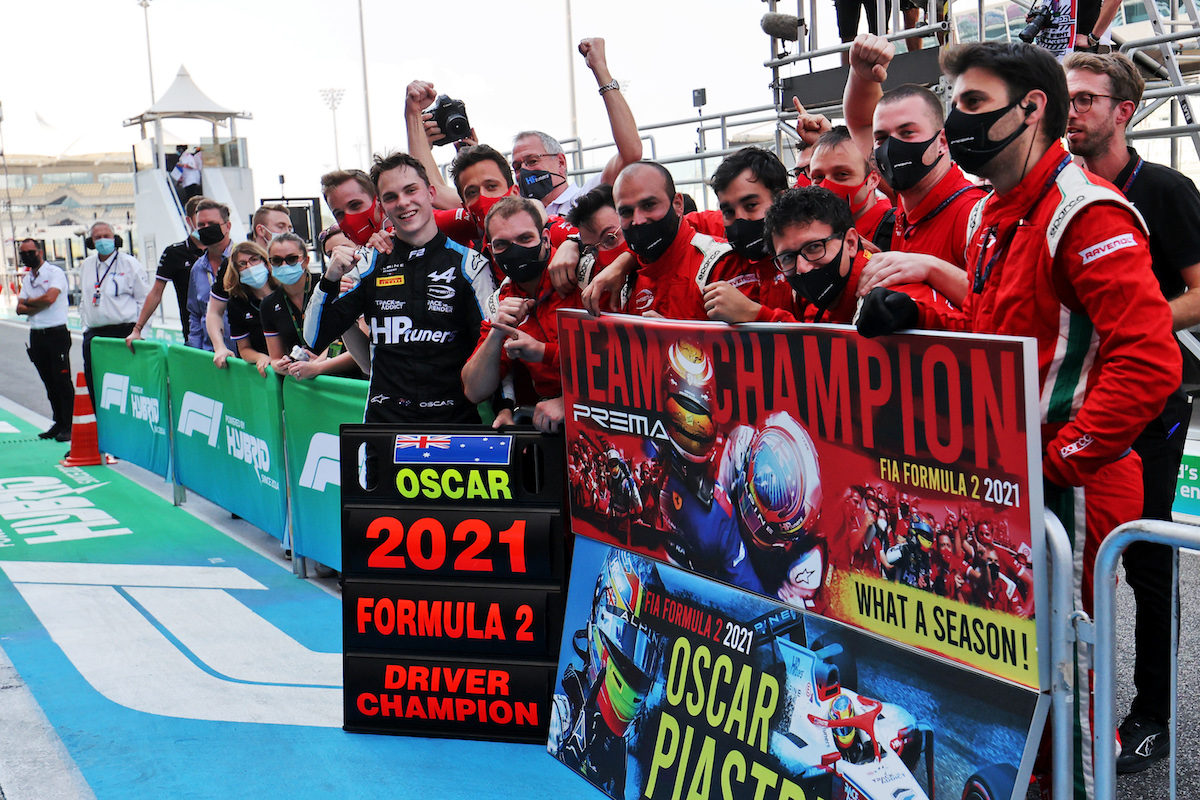 The Prema driver clinched his third successive junior single-seater title on the bounce with a charging drive from 10th to third in the first Abu Dhabi sprint race of the weekend, sealing the crown with two races to spare.

He is the third driver to become F2 champion as a rookie in the modern era, joining Ferrari’s Charles Leclerc and Mercedes AMG-bound George Russell to achieve such a feat. Both those drivers also took a title in GP3 the year prior – the predecessor to FIA F3.

Piastri was asked by Formula Scout in a special press conference after the title-deciding race what this championship success means compared to the two from previous years.

“I think this is the best championship win that I’ve had by far and by a long way,” Piastri replied. “Firstly, it was much less stressful this year than last year, so that was very nice and I’m sure my mum will appreciate that as well. But yeah, I think this year’s just been quite a culmination of the last two years, sort of combining my strengths from both of those years.”

Piastri used consistency to overhaul team-mate Logan Sargeant and ART Grand Prix’s Theo Pourchaire to take the FIA F3 title in 2020 without claiming a single pole position, but came out on top in a scrap with MP Motorsport’s Victor Martins in Eurocup in a different manner.

“So I think this year’s been the perfect storm of those two previous championships and it’s been the most dominant by far. Yeah, this F2 championship is definitely at the top of my list.”

He went on to add: “I think last year I clearly lacked qualifying pace but more often than not saved myself with racecraft and sometimes just staying on the track when others were crashing.

“I think my qualifying performance [this year] has been the best of my career and I’ve held it consistently and I’ve been at the front as well, which is obviously going to help in the championship battle. So, yeah, I think that’s why this year’s been so good, just a combination of the strengths of the last two years.”