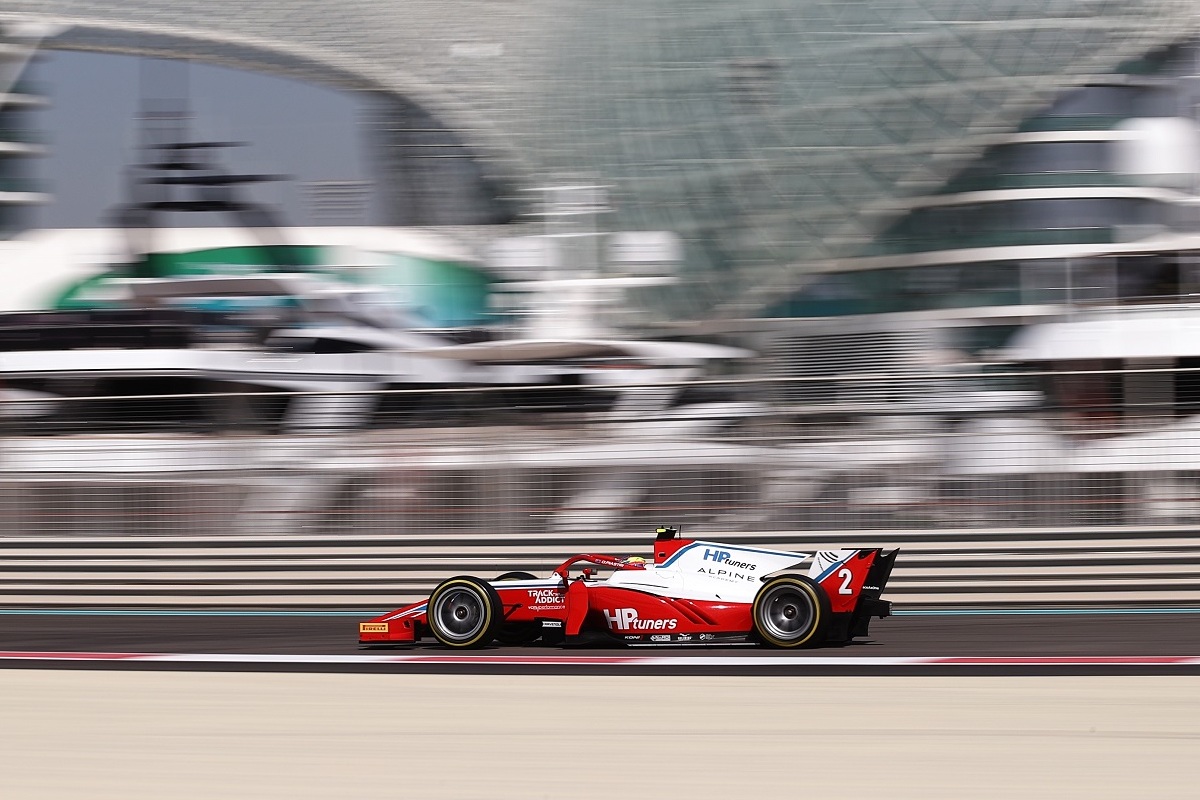 Oscar Piastri made it to the podium from 10th on the grid to seal the Formula 2 title in style while Jehan Daruvala won the opening sprint race in Abu Dhabi.

In the championship fight, both Prema drivers made up several places. A very aggressive Piastri moved up to sixth from 10th in the opening lap to place himself right behind Shwartzman, who also had gained to spots from seventh.

The Prema duo kept moving up in the order as Shwartzman tried to get into the top three to stay alive in the championship fight. However, Piastri wouldn’t let him go. The Australian overtook first Ticktum and then Lawson shortly after his team mate had gone past them.

On lap 12, Drugovich attempted to pass Daruvala for the lead of the race. Both went side by side through the new turn nine, with Daruvala holding on to the lead after a close battle. This allowed both Premas to close the gap, but the Italian team’s cars would never be an actual threat to the leading pair.

After several laps of pressure, Piastri went into the inside of Shwartzman in turn six on lap 20. The Russian tried to regain the place going down to turn nine, but couldn’t. Piastri could therefore celebrate his championship on the podium, the first he’s scored in an opening sprint race this season.

Behind the leading pack, very few battles took place on the new layout. After a stellar performance yesterday in qualifying, MP Motorsport’s Jack Doohan could only be 11th. A slow start dropped him outside the top ten, and despite being close to DAMS’ Marcus Armstrong in the closing laps, a move to take race two pole position wasn’t possible.