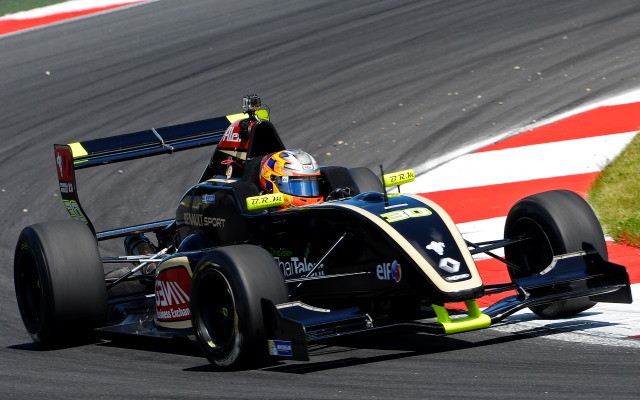 Alexander Albon claimed his maiden Eurocup Formula Renault 2.0 pole position at the Red Bull Ring for KTR, leading the Group B session with the fastest time ahead of team-mate Ignazio D?Agosto.

The British-born Thai, who was dropped by the Red Bull Junior team at the end of last year, will be joined on the front row by William Vermont, the Frenchman who topped the timesheets in the morning practice session and finished fastest of Group A.

Steijn Schothorst of Josef Kaufmann and Jack Aitken, driving now with Fortec, qualified seventh and eighth with Britain?s Jake Dennis alongside championship leader Oliver Rowland to round off the top ten grid places.

Danish duo ahead in second FR3.5 practice at Spielberg