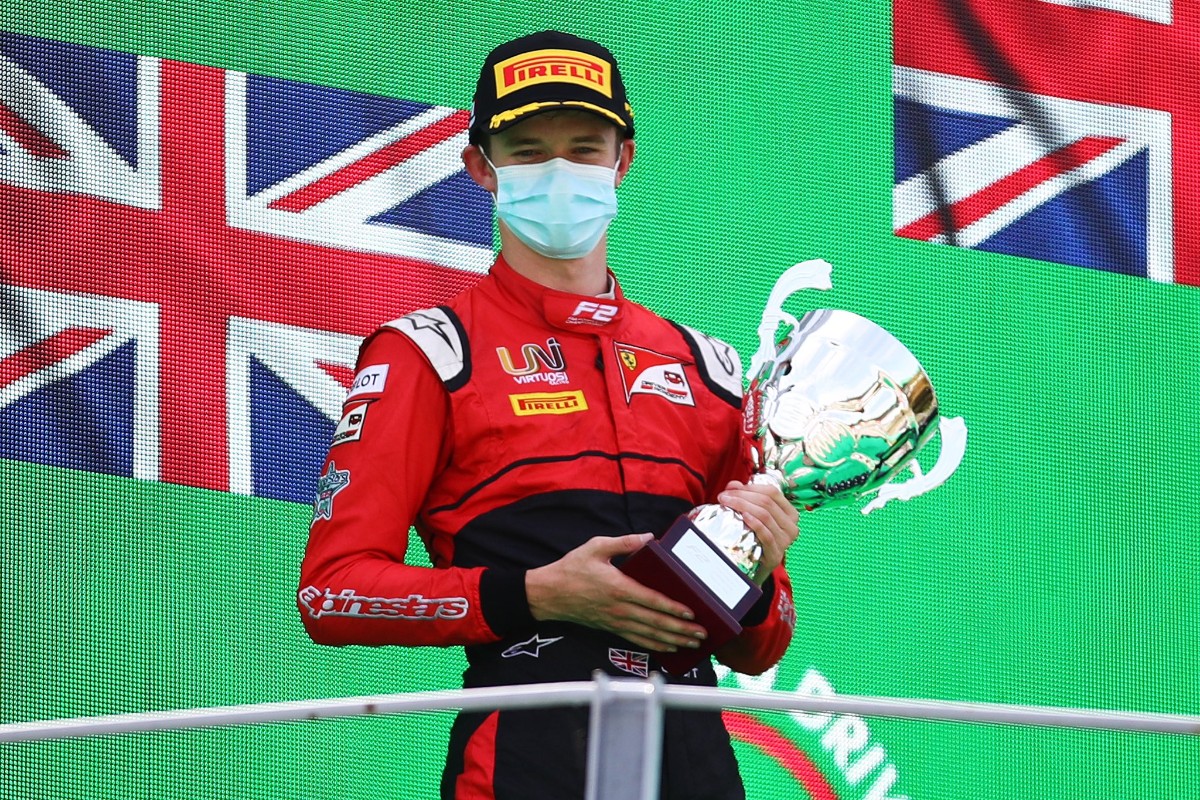 Formula 2 championship leader Callum Ilott is not singling out a name as his primary title rival with four rounds to go, saying ‘everyone’ is a possible challenger.

Ilott tops the standings by six points over fellow Ferrari junior Mick Schumacher, with five other drivers including Ilott’s Virtuosi Racing team-mate Guanyu Zhou capable of leaving the next round at Mugello as the points leader.

After the sprint race at Monza, where he inherited the victory after on-the-road winner Dan Ticktum was disqualified for a fuel issue, Ilott spoke about the title battle so far.

“Everyone’s a championship contender, it’s not just [Schumacher],” he said. “Obviously he’s been very consistent, very good lately, but I’ve had my ups and downs but, at the end of the day, I’m probably the quickest out there and I just need to actually make sure I solidly keep doing that.

“Like yesterday, without the [pitstop] mistake it’s clear that I would have had a good result and it would be a slightly different story. But again, I can’t change that.

“Emotionally, I don’t know, it’s been like this [unpredictable] since the beginning. First round up there, second round – it just keeps going like that [up and down]. So I’m kind of used to it.”

Asked by Formula Scout who his main title rivals were, he joked: “My clutch,” after such issues hampered him in the Monza feature race. “It’s a pain in the arse. Without that, it would be quite a bit of a different story.

“Mick lately has improved a lot and really been consistent. Obviously you’ve got Christian [Lundgaard] who had a very good start of the season and then they struggled with the car a lot, and it’s the same with us. You don’t see it maybe in the result, because qualifying I always managed to just – except Spa-Francorchamps – scrape out a good result.

“So overall there’s a lot of guys pushing, my team-mate has had some bad luck this season as well. Everyone is in contention. It is painful as a driver up there, but you’ve got to keep working at it. I’m in a good position again now and got to keep the momentum.”