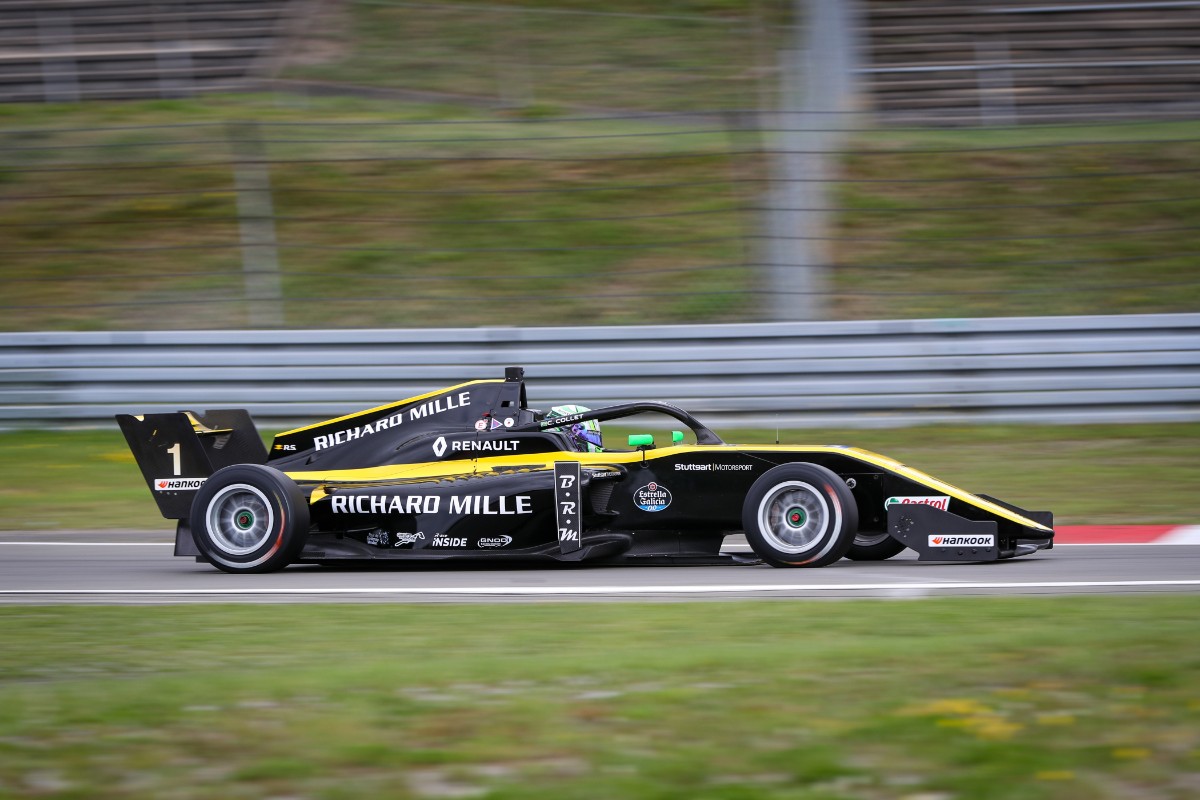 The single-session evening test ran uninterrupted, with Renault junior Collet setting the pace by 0.229 seconds. In second place was Arden’s Alex Quinn, who is not confirmed to be racing beyond this weekend’s round in France, while FA Racing by Manor’s Amaury Cordeel and ART Grand Prix’s Victor Martins set identical laptimes in third place.

JD Motorsport’s star rookie David Vidales completed a close top five, and also set the most laps of anyone.

The top 10 were covered by one second, with Cordeel’s MP Motorsport-run team-mate Tijmen van der Helm slowest of all after setting considerably fewer laps than his rivals.

Bhaitech’s Laszlo Toth and Vicky Piria, who is making the second of two confirmed outings, were also two seconds off the pace.