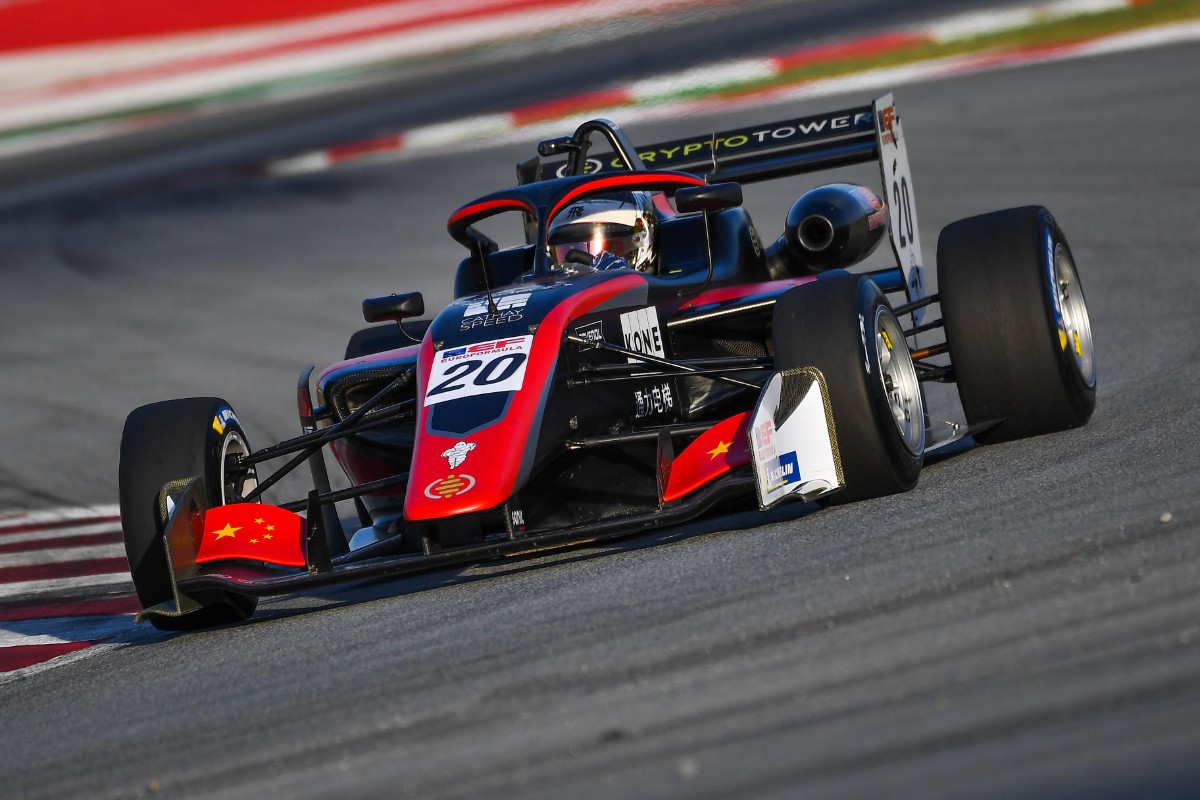 Euroformula points leader Yifei Ye topped the final free practice session of the season at Barcelona, and was almost half a second faster than title rival Lukas Dunner.

The two CryptoTower Racing Team drivers lingered towards the bottom of the timesheet for most of the session, with Ye waiting a long time before even setting a representative lap, but the pair were the quickest when the grip levels improved at the end of the session.

Ye ended up 0.078 seconds clear of Van Amersfoort Racing’s Andreas Estner in the second place, with the German having been in first place frequently and been the first driver of the weekend to break into the 1m35s.

The only other two drivers capable of that behind Ye and Estner were Double R Racing’s Louis Foster, who traded top spot with Estner through much of the Friday morning free practice session, and Motopark’s Cameron Das.

Carlin’s Zane Maloney got shuffled down to fifth after failing to improve on his final lap, while Dunner was one of the rare drivers who did and leapt up to sixth place at the very end of free practice.

Drivex’s debutant Rafael Villagomex was just 0.811s off the pace in 12th, while Foster’s debuting team-mate Matthias Luethen was over two seconds back in 15th.