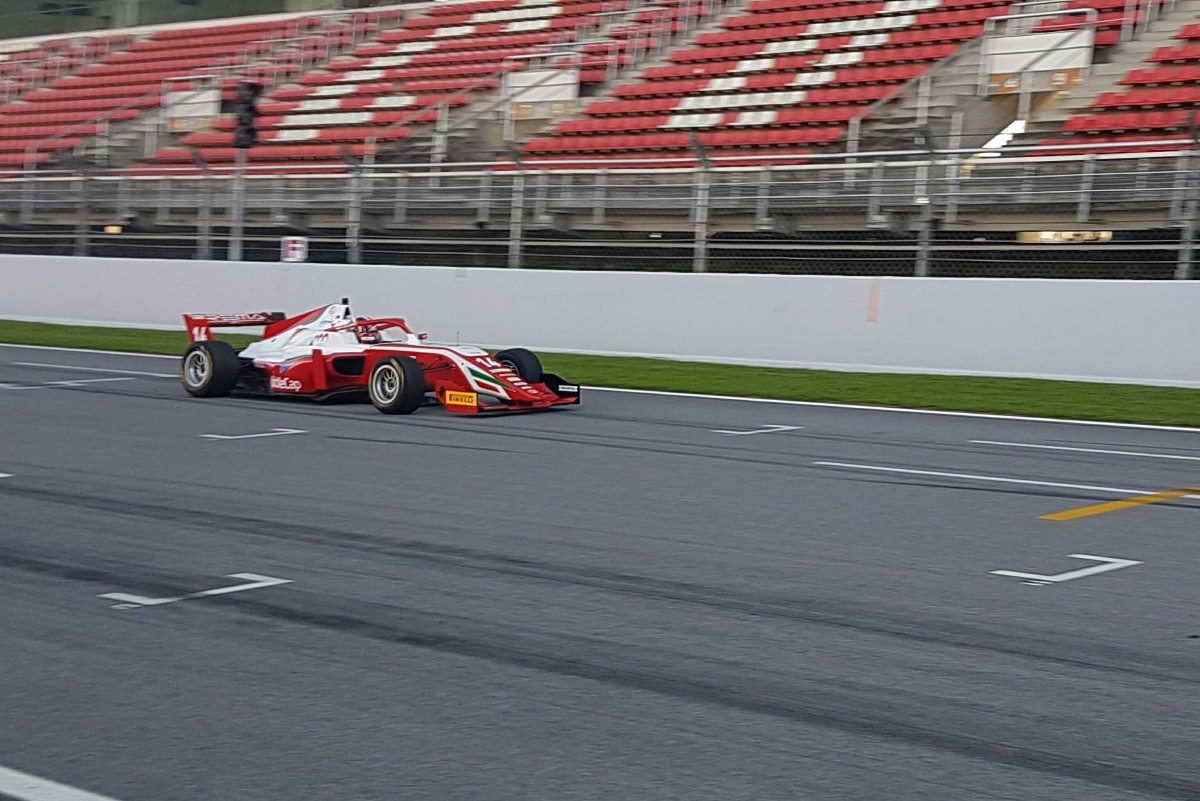 Arthur Leclerc started round six of the Formula Regional European Championship season at Barcelona with the fastest time in free practice one.

The debuting Dennis Hauger, reuniting with the Van Amersfoort Racing team he won the 2019 Italian Formula 4 title with, was quick to adapt to the Tatuus T-318 car and set the early pace.

Halfway through the Friday morning session he was pushed down to second place by KIC Motorsport’s Konsta Lappalainen, and it wasn’t until there was 15 minutes to go that another driver went faster.

Leclerc took a while to get up to speed, with the Prema driver only moving into the top three in the second half of the session and then setting his benchmark 1m40.400s lap a few minutes later.

While many drivers remained on track in the time left, there was only one improvement in the top half of the order in the final 10 minutes and Leclerc’s lap remained unbeaten.

Lappalainen was second, with his team-mate Patrik Pasma jumping up to third place with just under three minutes left of the session.

Hauger and VAR team-mate Pierre-Louis Chovet were fourth and fifth, while points leader Gianluca Petecof could do no better than sixth. He wasn’t the only Prema driver unable to trouble the frontrunning pace, with Oliver Rasmussen one second behind in eighth and Jamie Chadwick 1.827s back in 10th.

Monolite Racing’s series returnee Matteo Nannini, who is replacing Andrea Cola at the team this weekend, ended the session in seventh.