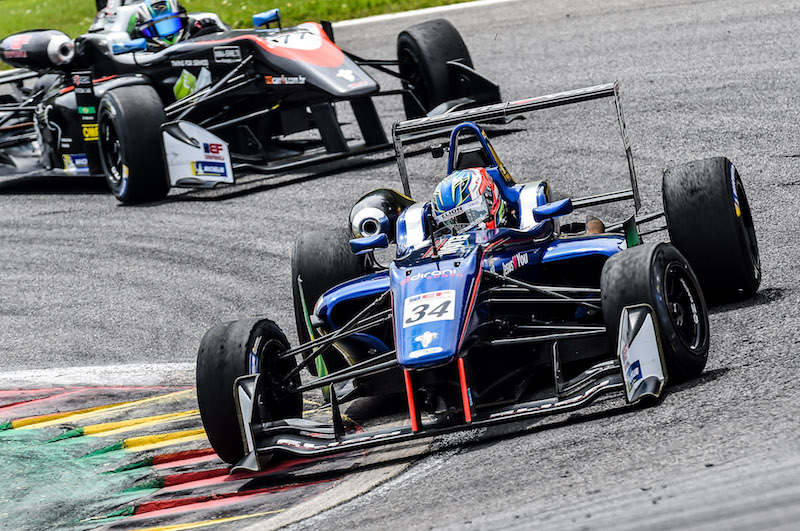 Euroformula Open will allow Volkswagen and Mercedes Formula 3 engines to be used in the series next year alongside its existing Toyota powerplant.

The move comes at a time when the future of the current FIA Formula 3 European Championship, home to the VW and Mercedes units, remains uncertain beyond the end of this year as the FIA introduces a new single-engine series for 2019 in place of GP3 on the Formula 1 bill.

Euroformula Open will adopt a balance of performance system, like that used in GT3 racing, to equalise the performance of the VW and Mercedes engines with their Toyota counterpart, in terms of both power and torque.

The series is working with the relevant engine tuners -Spiess (VW), HWA (Mercedes) and Piedrafita (Toyota) – with track tests to be held around the upcoming Jerez and Barcelona rounds and over the winter.

The championship has almost exclusively used Toyota engines since its inception as Spanish F3 in 2001, with only a brief three-year switch to Fiat-branded units from 2007-09.

Organiser GT Sport also announced an eight-round calendar that features Hockenheim for the first time alongside six other current F1 venues and a final round at a yet-to-be-announced circuit.

“We are glad to be the first F3-based series to announce its calendar and plans for 2019,” said GT Sport CEO Jesus Pareja.

“We have been working for a while on this project and are very encouraged by the warm support received by F3 contenders and by F3 engine tuners.

“The new landscape for F3 racing that is shaping up for the years ahead provides us with an excellent opportunity to offer teams and drivers the best option for a continental top-level F3 series in Europe.?