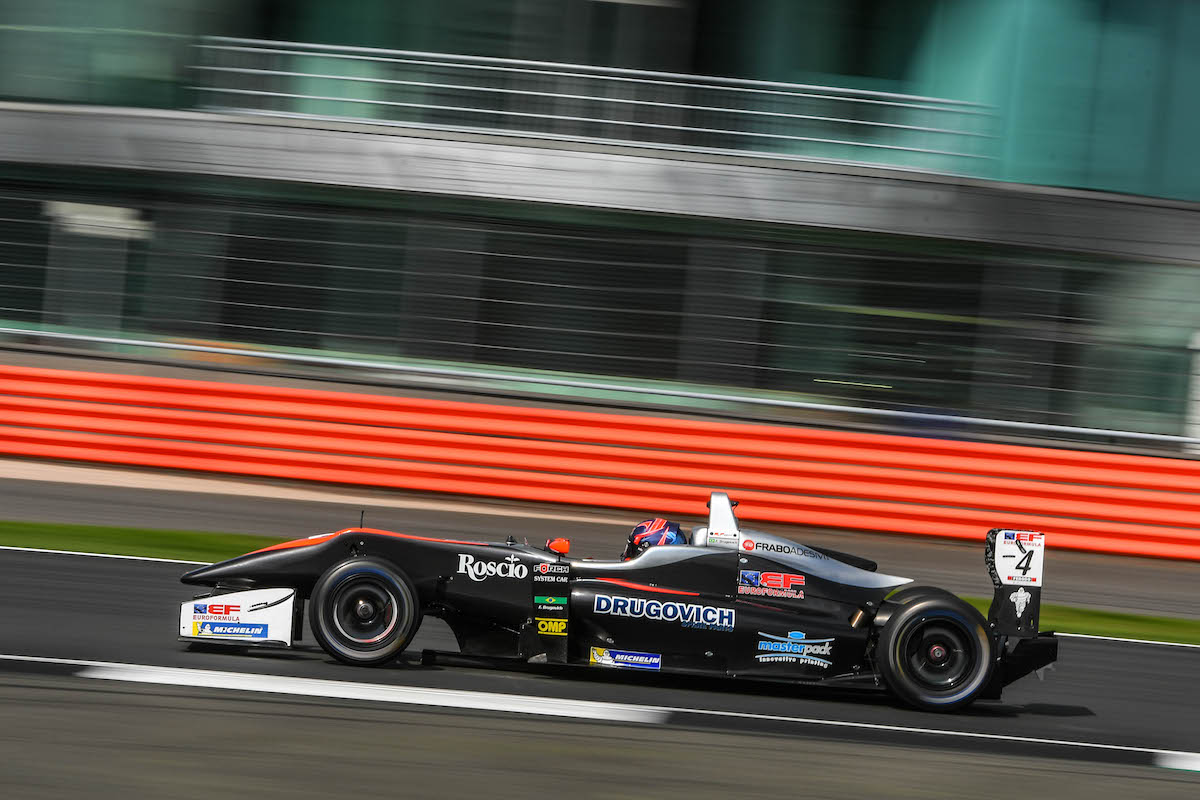 Felipe Drugovich took his seventh Euroformula Open pole of the season in dominant style for the first Silverstone race.

The Brazilian was edged to top spot in Friday’s free practice classification by less than a tenth of a second, but looked his usual self in qualifying, going fastest on the first run on old tyres.

On new tyres he was even faster, and the RP Motorsport driver ended up almost a second ahead of the rest of the field.

Campos Racing’s Marcos Siebert was the man who beat him in practice, and was second fastest during the first runs. He came under investigation for track limits abuse though, and then failed to improve on new tyres, dropping to seventh.

The gap between second and seventh was just over a quarter of a second, in what was an incredibly close session behind Drugovich.

A late lap by Teo Martin Motorsport’s Bent Viscaal means he joins Drugovich on the front row, although it looked for a while like Drivex School’s Austrian driver Lukas Dunner would take the position.

Second year driver Alex Karkosik was less than a tenth behind in fourth, with a 0.001 second gap between himself and fifth placed Calan Williams. Just 0.022s then split Williams, Cameron Das and Siebert, posing the question how quick Siebert could’ve gone had his run on new tyres been a success.

Continuing the closeness of the field, eighth, ninth and 10th were all within a quarter of a second of Siebert, with the grid being reared up by championship debutant Dev Gore, 2.547s off the pace.