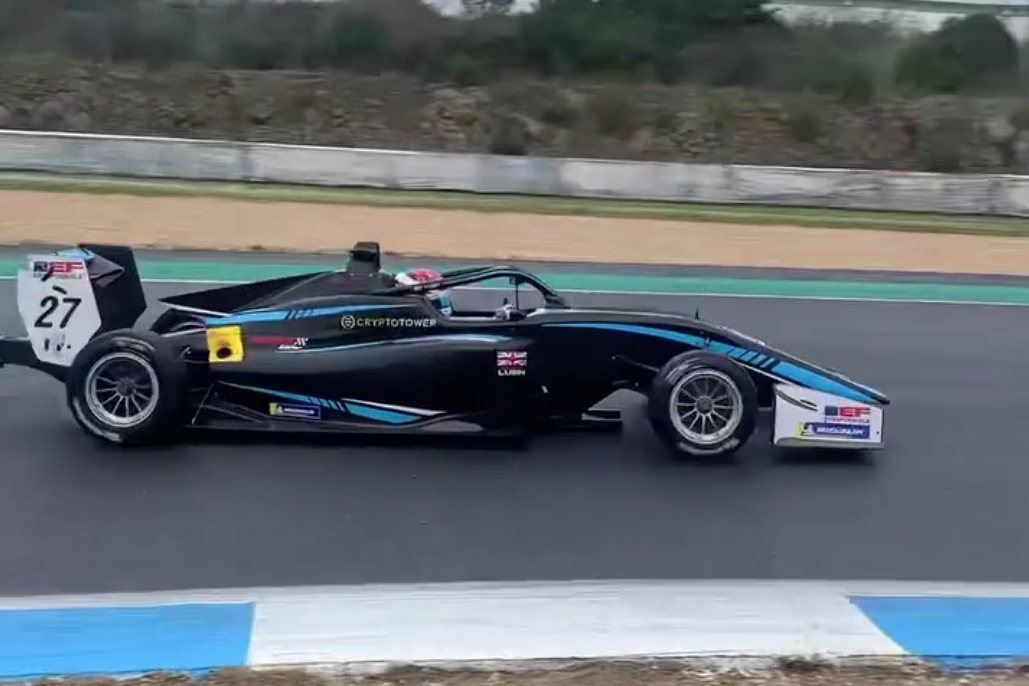 Euroformula and Italian Formula 4 teams began winter testing this week, with CryptoTower Racing Team visiting Estoril while the F4 teams were at Vallelunga.

Lubin has previously tested the Dallara 320 car at Silverstone with Carlin, and is evaluating a move into the series for 2022 when Estoril will return to the calendar as the season opener after a recent change to the schedule.

Over in Italy, Irishman Alex Dunne comfortably set the pace on the first of two days of action at Vallelunga.

In the morning he went fastest with a 1m46.856s lap, with new Ferrari junior Rafael Camara the next best driver on a 1m47.664s and narrowly faster than BWR Motorsports’ driver, believed to have been Alfio Spina.

Laptimes improved significantly in the afternoon, with Dunne bringing the pace down to 1m42.927s, with Camara slightly closer this time but still 0.725 seconds slower.

Sohil Shah, who raced in F4 South East Asia in 2019, was third fastest but over a second off Dunne’s pace. Marcus Amand ended up in fourth place. He had set the pace in the morning prior to Dunne getting to the top of the times, while Camara had also briefly usurped Dunne before his final run. In the afternoon however, Dunne was on top throughout.