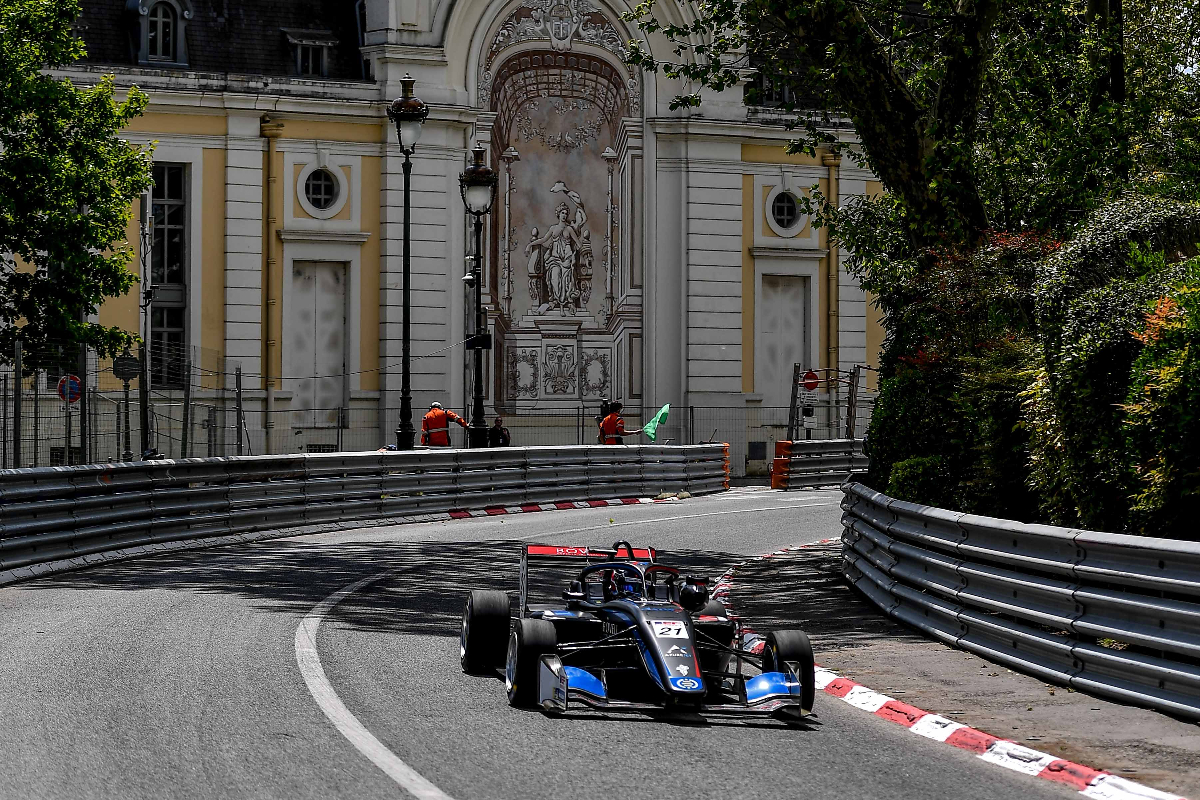 Euroformula has adjusted its 2023 calendar to include the Pau Grand Prix, with the event’s headline race going to the series for a third time.

The classic street circuit race in Pau, a French city by the Pyrenees mountain range, was first held in 1933 and ran for top-line grand prix cars before the Second World War.

It was then a non-championship race for Formula 1 and Formula 2 cars, before becoming a staple of the European F2 championship in the 1970s. When that series was succeeded by International Formula 3000 it remained part of the calendar, then was a Formula 3 race through most of the early 2000s and 2010s (with a brief period as a World Touring Car race).

The last time it ran for F3 cars, and the first time it was part of the Euroformula calendar, was in 2019 when double amputee Billy Monger famously made history by winning in mixed conditions. Euroformula had planned to keep the grand prix on its schedule thereon, but the COVID-19 pandemic led to the event being cancelled for two years.

It returned in 2022, with Euroformula now using the F3-level Dallara 320 car, and Vlad Lomko was the winner.

To add the 2023 edition of the race onto the calendar, on May 12-14, Euroformula has had to drop its round at Mugello on September 30-October 1 to keep the season at eight rounds.

“We are delighted to have the Euroformula Open again as the top series in the Grand Prix de Pau, and even more so on a special year like this one when this event, one with the longest and richest history in motorsports, will hit the 80th edition mark,” said Jesus Pareja, CEO of Euroformula promoter GT Sport.

“This is great news for all Euroformula contenders, as they will have the possibility to measure themselves on what is, together with Monaco and Macau, the oldest and most prestigious urban track in the world. I want to thank everyone involved at Pau and in the FFSA for making this possible, and also ACI Sport for their understanding, as we step down from the Mugello event.”

Since last year’s event, the Pau GP organisers have been seeking a second single-seater series to be part of the weekend action in addition to French Formula 4, a championship which is part of the event’s long-term plans due to its use of biofuel.

Talks began with the Formula Regional European Championship, but the series lost interest, and it then returned to talks with GT Sport just before winter. Euroformula had initially decided against racing in Pau for 2023.