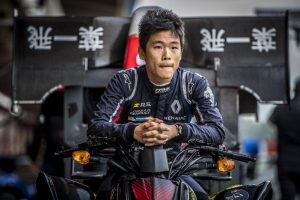 Formula Renault Eurocup race-winner Yifei Ye has revealed that he’s turned down interest from several Formula 1 young driver programmes, but has not ruled out joining one in the future.

Chinese driver Ye finished third in his second year of the Eurocup this year with Josef Kaufmann Racing, winning twice. Being the highest-placed driver not already part of the Renault Sport Academy could make him the French manufacturer’s first choice for a new recruit over the winter,?but the driver himself has other plans for his career.

“Since my French Formula 4 title in 2016 I have been receiving requests from several Formula 1 junior teams,” the 18-year-old told Formula Scout.

“I think we have to look for the best solution, because we have seen often in motorsport that young drivers sign with certain junior team too early, and if the driver was not developed enough, and when the result don?t happen it turns out that the driver is somehow abandoned or destroyed. It happens quite often, so we have to be really confident in our choice.”

“We are managing my career quite well [without F1 involvement], we are managing well with our relations with other junior teams, and I think when the time is right I will definitely be partnered up with one of the junior teams.”

Ye’s career is advised by Le Mans 24 Hours winner and A1GP champion Neel Jani – and Jani’s father – who had links to Sauber and Red Bull but never made it to F1.

“Neel?helped me to join JKR, because he also had one driver in 2015 driving here. I spend as much time with them when I?m not at school in France, and I?ve learned a lot how to race, how to prepare myself mentally and physically, and how to deal with the pressure, because the Eurocup is a very competitive championship. You have to be ready for everything.

“He also helps facing the proposals from different F1 teams, in which you have to clear in the mind what to do. They [Jani and JKR] have experience with Red Bull and Sauber and etc. so they know what I need to do in some stages, so I think that?s also really helpful. They guide me through different situations. Today was difficult and I think they helped me a lot to get through this, and look forward to concentrate on the future.”

Having led for much of the season, Ye’s title hopes disappeared in the Barcelona season finale with two eighth places. Ye will graduate to Formula 3 next year, but will not decide on which championship to race in until the details of all have been revealed.