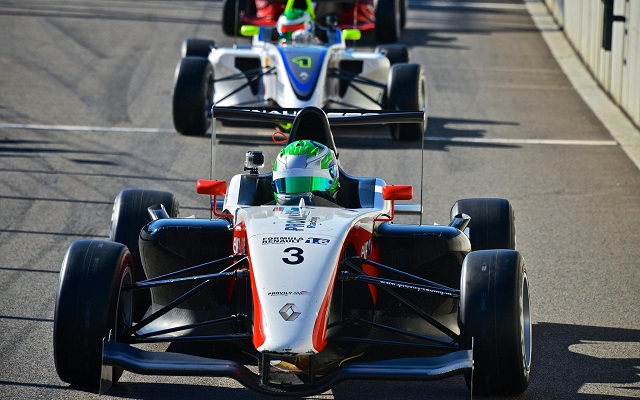 17-year-old Janneau Esmeijer was fastest in the qualifying session of the second Formula Renault 1.6 NEC round of the season at Spa-Francorchamps.

The Dutchman took an early lead in the session, going no less than two seconds faster than everyone else. By the end of qualifying, he managed to keep his lead and topped the timesheets by 0.9s.

Championship leader Anton De Pasquale had to settle for second, having previously dominated the practice sessions in Friday.

The starting positions for the second race were determined by the second-fastest laps of the session and, once again, Esmeijer proved to be quickest.

Lechner duo of De Pasquale and Janits will start behind the polesitter.

Ten Voorde will start in fourth, while the third row will be filled by Defourny and Lappalainen. The top ten for race two is completed by Lenerz,?Pontus Fredricsson, Oliver Soderstrom and Mirguet.