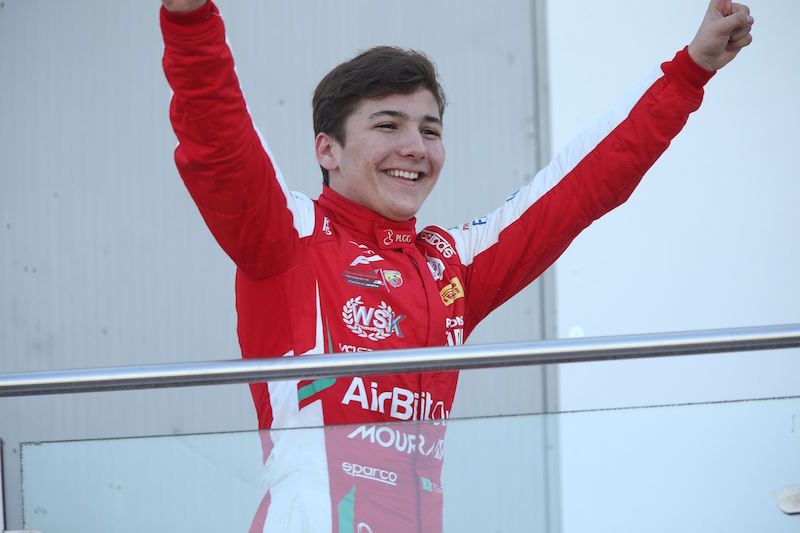 Enzo Fittipaldi started the Italian Formula 4 season with his maiden car racing win after leading from lights to flag in the opening race at Adria.

After an early safety car to clear Anthony Famularo’s car from the gravel trap, Fittipaldi and Federico Malvestiti began to pull away at the front of the field.

Behind them, Gianluca Petecof was battling to keep Lorandi behind him. With Ian Rodriguez running close behind, Lorandi managed to move up into P3 on entry to a corner, only to run slightly wide, handing the position back to Petecof. With he same manoeuvre a handful of laps later, Lorandi managed to make the move stick.

He set about closing the gap to the leading duo, who were now more than 1.5s up the road with 10 minutes on the clock.

In the closing stages of the race, Fittipaldi?s team-mate Amna Al-Qubaisi, ran into the gravel, bringing out the safety car again.

With less than five minutes on the clock, the race restarted. Malvestiti tried to stick with Fittipaldi on the restart, but was forced to defend against Lorandi, letting the Prema driver escape up the road. Lorandi managed to find a way past Malvestiti to take second, but ran out of time before he could challenge for the race win.

Malvestiti claimed the final podium position ahead of Rodriguez, who had passed Petecof on the restart.

Petecof had a difficult final five minutes. After losing fourth to Rodriguez, he was swamped by Olli Caldwell and Toby Sowery. Sowery took the chequered flag in fifth, but Petecof managed to stay ahead of Caldwell to take sixth.