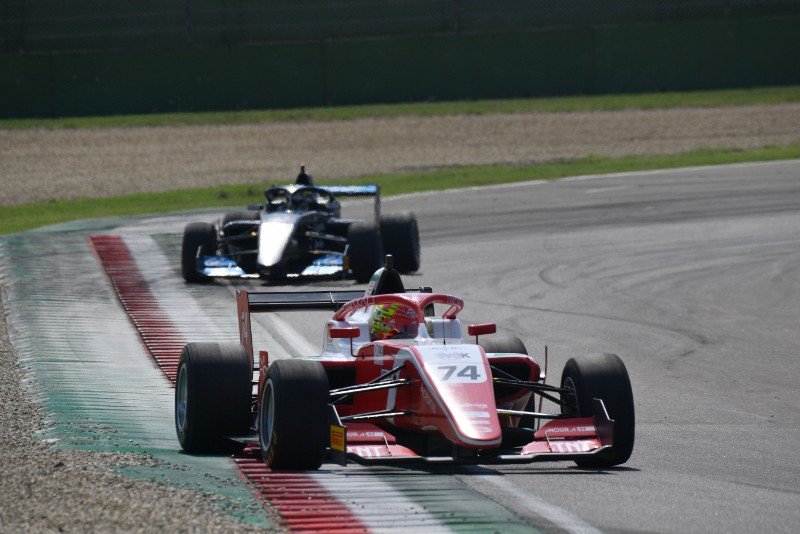 Vesti led the race from start-to-finish on track, but a five-second penalty from a safety car restart infringement dropped him to third.

Olli Caldwell, who had been running second in the third Prema circuit after a strong start, went off-track at the final corner of lap three, going through the gravel and into the wall. Meanwhile, Alexandre Bardinon also ran wide into the gravel.

Both drivers were able to return to the circuit under their own power, though not before the safety car was called out, bunching up the field and putting Fittipaldi back on Vesti?s tail.

Vesti made a strong get away on the restart, leaving Fittipaldi to battle with Raul Guzman. But it was all for nought as, five minutes before the chequered flag, Vesti was handed the penalty. He continued to pull away from Fittipaldi, but it wasn?t enough to keep him ahead of his team-mate.

Igor Fraga also ended the race within five seconds of Vesti, dropping the championship leader to third on the corrected times.

Sophia Florsch took fourth, matching her best finish of the season so far, ahead of Marcos Siebert.

Isac Blomqvist spent most of the race leading a four-car train for sixth. The KIC Motorsport driver had David Schumacher and Matteo Nannini on his tail. Guzman, who span while battling with Fittipaldi, joined the back of the fight.

After finding a way past Schumcher, Nannini made a move up the inside of Blomqvist, but the two made contact on the final lap. Blomqvist span into the gravel while Nannini dropped down the order. Schumacher came through to take sixth, ahead of Guzman and Konsta Lappalainen.