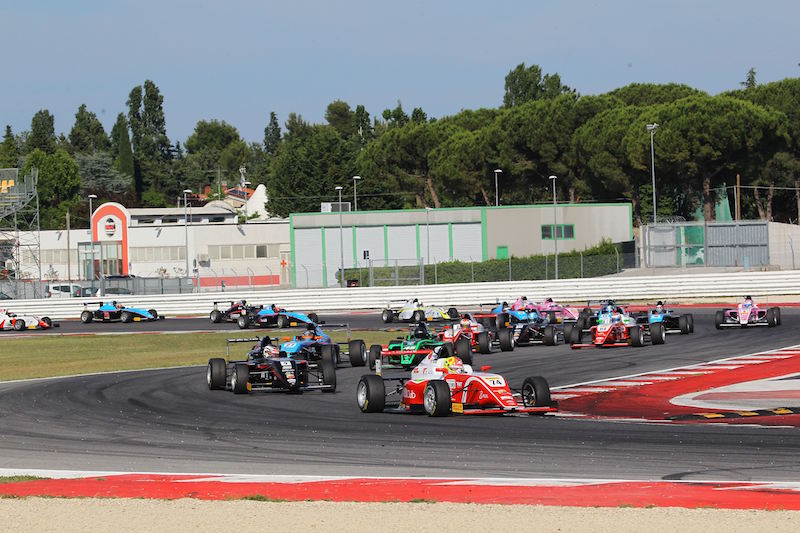 Enzo Fittipaldi took his third win of the Italian Formula 4 season in the opening race at Misano, and has moved back into second in the standings.

The Ferrari protege took all three poles in qualifying, and followed that up with a decisive victory to move level on points with Prema team-mate Olli Caldwell.

Fittipaldi was kept honest in the early laps by impressive rookie and fellow front-row starter Petr Ptacek, but gradually pulled away to win by 5.781 seconds.

Ian Rodriguez leapt from fifth to third off the line behind Ptacek, who claimed his maiden podium finish. Rodrguez held off Gianluca Petecof by three tenths of a second at the flag to complete the podium.

Federico Malvestiti took fifth in front of Caldwell and Giorgio Carrara, while championship leader Leonardo Lorandi was a low-key eighth in the sister Bhaitech car to that of Ptacek.

Gregoire Saucy was ninth while Ilya Morozov scored his first point in 10th in his first race after joining Cram Motorsport, benefitting when Nicklas Krutten spun out ahead of him at the final corner at mid-distance.