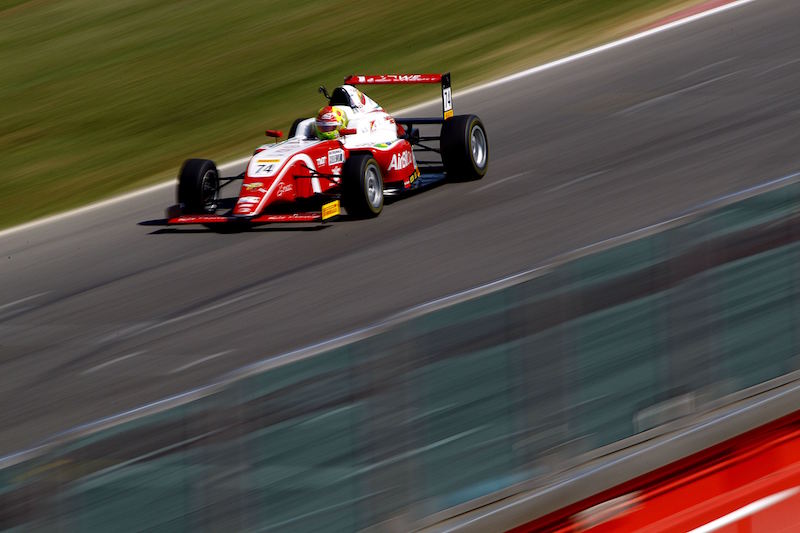 Enzo Fittipaldi claimed victory in the final Italian Formula 4 race at Misano to round out a perfect weekend and take the championship lead.

It was a third lights-to-fag victory of the weekend for the Ferrari-backed Prema driver, who finished 1.8 seconds ahead of second-placed Leonardo Lorandi to move ahead of the Italian by one point at the top of the standings.

Fittipaldi couldn?t shake fellow front-row starter Lorandi off the line. The pair ran side by side for a number of corners, but Fittipaldi held onto the lead before a small mistake allowed Gianluca Petecof to pass Lorandi for P2.

On the restart, he tried to stay close to the race leader, but a small mistake sent the second of the Brazilian Ferrari proteges wide and he lost a handful of positions.

Fittipaldi remained unchallenged to the chequered flag, taking his fifth victory of the season and his third of the weekend.

The safety car was brought out after Oliver Rasmussen and Amna Al Qubaisi collided as Rasmussen tried to pass the Prema driver. Rasmussen was left stranded on track with severe damage to his car, while Al Qubaisi was able to limp back to the pits, where she retired.

After losing out to Petecof, Lorandi was on the defence at the restart, working hard too keep Bhaitech team-mate Petr Ptacek behind him until the chequered flag.

There was late drama as Gregoire Saucy and Javier Gonzalez came together in the closing stages of the race. The Jenzer Motorsport duo locked wheels and continued, attached side-by-side, for a few corners. They eventually detached, with Saucy suffering suspension damage and coming to a stop on track.

A late safety car was avoided, much to Fittipaldi?s relief.

Edoardo Morricone and Niklas Krutten also came together in the second half of the race, with Morricone being pushed onto two wheels as the field squeezed together. The DR Formula driver was sent into the gravel where he retired.

Petecof picked his way forward after his off moment, quickly passing Ian Rodriguez and challenging Giorgio Carrara for fourth. Carrara defended well, but Petecof was able to get alongside the Jenzer motorsport driver. He pushed Carrara slightly wide, managing to get through to take fourth, ahead of Carrara and Olli Calwell.