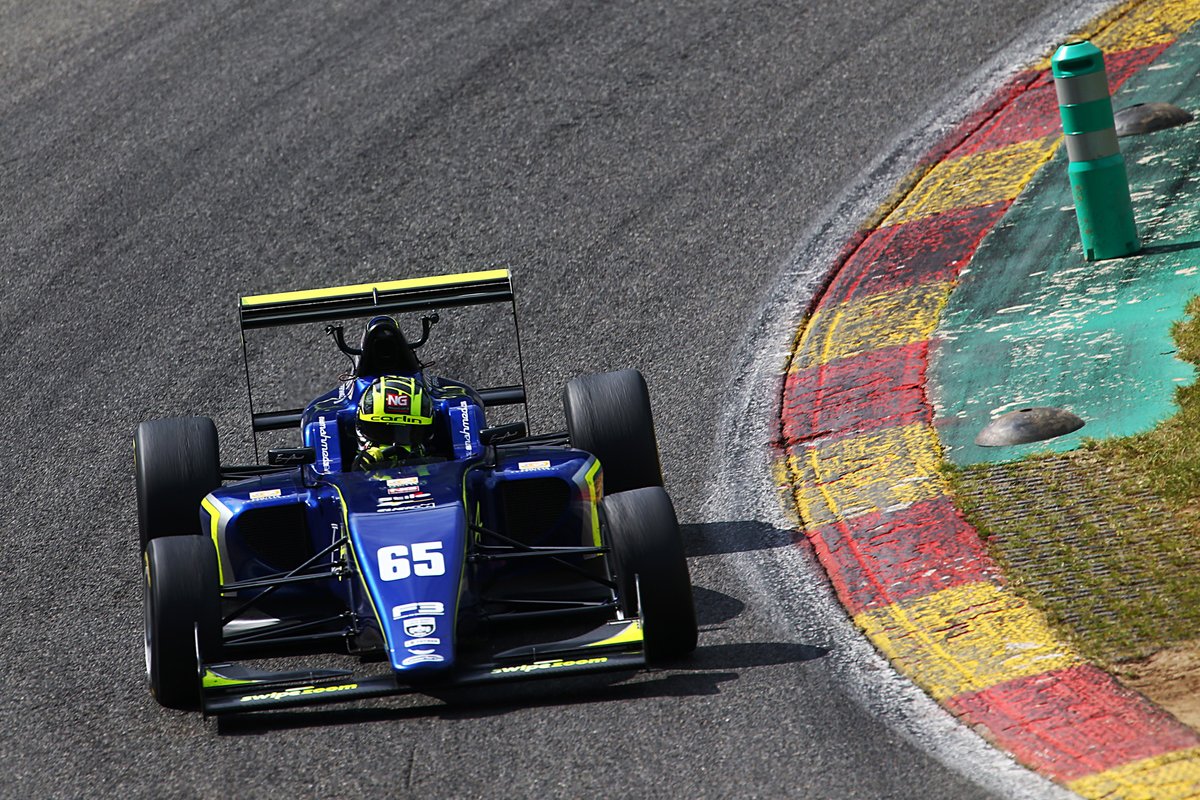 Enaam Ahmed charged to victory from seventh on the grid in the second BRDC British Formula 3 race at Spa-Francorchamps, snatching the win from Carlin team-mate James Pull on the penultimate lap.

Pull started from reverse grid pole position after coming from the back following broken steering in qualifying to finish in eighth in race one, and he kept the lead at the start and opened up a 2.4-second lead within two laps.

Cameron Das lost second to Jamie Chadwick at the start but had regained the position at Les Combes, with Toby Sowery and then Ahmed also coming past Chadwick by the start of lap two.

Ahmed cleared Sowery down the Kemmel Straight on lap three, and took second from Das at the same place a lap later.

He then quickly set about eating into Pull’s lead, reducing it to just four tenths of a second in three laps and searing past on the run to Les Combes on what would be the penultimate tour.

He ended that lap with a one-second advantage, and increased that by 50 per cent on the final lap.

Chase Owen, series returnee Tristian Charpentier and debutant Linus Lundqvist were next, pushing Chadwick back to 10th at the flag.

Having got up to sixth, race one winner Ben Hingeley pitted at the end of the second lap for repairs on the right-rear corner of his car, rejoining three laps down.

After his podium in race one, Guilherme Samaia ran fifth on the first lap but had contact before the end of it and retired to the pits with broken front-left suspension.