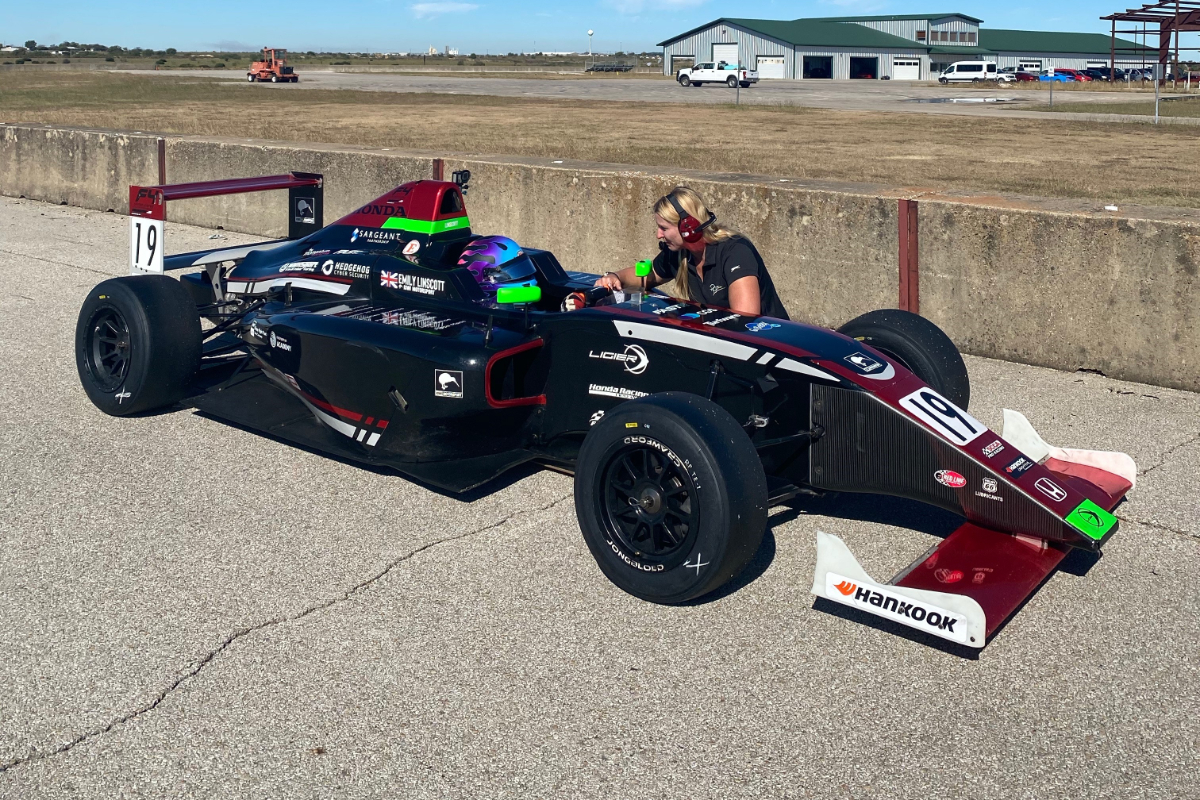 Linscott, 18, has raced in Ginetta Junior and F4 South East Asia in the past and was a Volant Winfield finalist in 2019. She also competed in the Lucas Oil Racing School’s Formula Car Race Series in 2020 under the guidance of regular Indianapolis 500 starter Pippa Mann, who will continue to mentor Linscott in US F4.

Her US F4 drive comes with the support of the series’ new diversity scholarship – covering all of her entry fees for tests and races.

“I’m so grateful to Tony Parella of Parella Motorsport Holdings for awarding me the PMH Powering Diversity Scholarship this year,” said Linscott.

“We have been speaking to [team co-owner] Teena Larsen about racing with Kiwi Motorsport in the US F4 championship for a couple of years now, but I’ve never managed to raise enough budget.

“The scholarship really helped me secure the drive with Kiwi Motorsport to compete, so I aim to make the best use of it when I’m on and off the track to repay his and Kiwi Motorsport’s faith in me as being a positive role model and diversity in motorsport representative.

“After meeting the team in person, we immediately clicked; they’re such great people and they’ve made me feel at home ever since, so it was an obvious choice where I would go this season if our budget came together.

“I’m so excited about racing in the F4 U.S. with them, as they are a top team and the championship itself boasts the largest F4 grids on the planet.

“The huge depth of talent makes for some very close and hard-fought racing, which I’m totally ready to get into as soon as I can. I’m confident as a team we will be fighting for some good results.”

The announcement stated that Linscott will race under the Crosslink/Kiwi Motorsport banner, marking a continuation of the partnership between the two teams.

Drivers so far had been announced as racing with one of the two outfits this year: Formula Nordic Junior champion Viktor Andersson and Ryan Yardley have been named as Kiwi Motorsport team-mates, while karting graduate Ryan Shehan was announced as a Crosslink driver for the year.