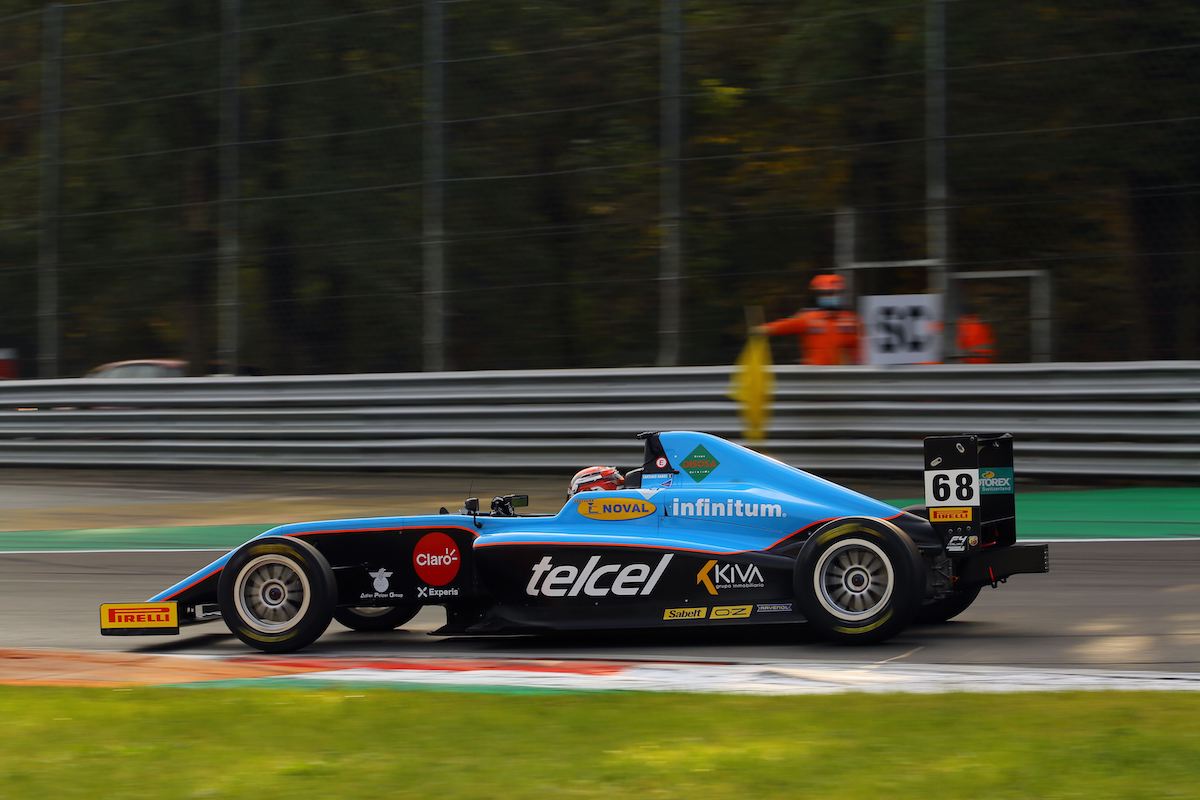 Santiago Ramos will remain in Italian Formula 4 for a third year in 2021, but for what will be his first full season in the championship with Jenzer Motorsport.

The Mexican debuted in the series in late 2019 with DR Formula by RP Motorsport, entering three rounds where he spent most of his time fighting for 20th place.

His 2020 return with Jenzer also only came in the final months of the year as he missed the first three rounds. This time his results were far more impressive, scoring points in six of the 11 races he contested and ending up 16th in the standings.

“I really think this year will be very complete,” Ramos said. “We will definitely fight for the championship, it is the focus for this season. We have everything to achieve our goals, both the team and the confidence and experience to go for that first place.”

While travel restrictions delayed his arrival in Europe last year, his membership of the Escuderia Telmex programme that is backed by Carlos Slim meant he could compete in the final of Ferrari Driver Academy’s inaugural global talent scouting contest at Maranello in October not long after making his Italian F4 return.

Australian karter James Wharton ended up winning that contest, and will participate in an F4 testing programme this year.

“I am very grateful to Escuderia Telmex Telcel, to [programme manager] Fernando Plata, to the Jenzer team for this new agreement and for now I can say that it is a unique opportunity to advance in my career,” Ramos concluded.

Ramos is also set to take part in rounds of the ADAC and Spanish F4 championships with Jenzer, although the specifics are yet to be determined.

At Jenzer, Ramos will be joined by fellow 2020 part-timer Francesco Braschi. The Italian has been competing part-time in F4 United Arab Emirates at the start of this year, and will contest the entirety of the upcoming Italian season.