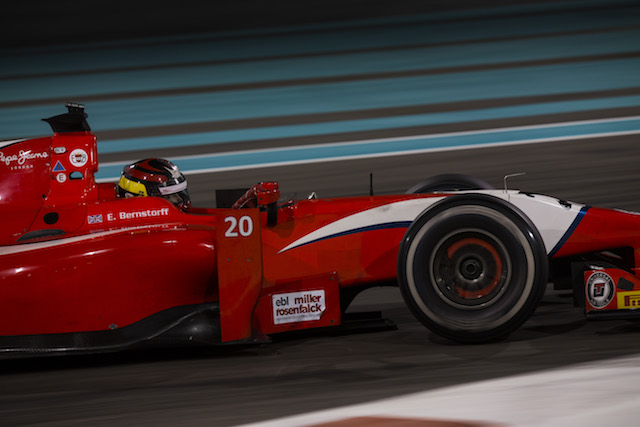 Emil Bernstorff?has been handed a GP2 debut with Arden in Abu Dhabi next weekend.

The chance for the Anglo-Dane comes 12 months after testing an Arden GP2 car at the same circuit, having finished fourth in last year’s GP3 standings with the outfit.

His chance at Yas Marina comes in the car occupied?by his former GP3 rival?Jimmy Eriksson until the Swede left the team prior to the last round in Malaysia having scored points just once.

“I would like to thank Arden for this opportunity,” he said.

‘It will be a steep learning curve but I’m really looking forward to the challenge and to working with the team again.”

Team boss Garry Horner added: “We are pleased to give Emil the opportunity to race with us at the final race weekend at Abu Dhabi, and are confident that he will equip himself well, in spite of the fact that he has had limited track time in a GP2 car.”

Bernstorff will not be the only debutant in Abu Dhabi, after?Louis Deletraz?announced a seat with Carlin on Friday.