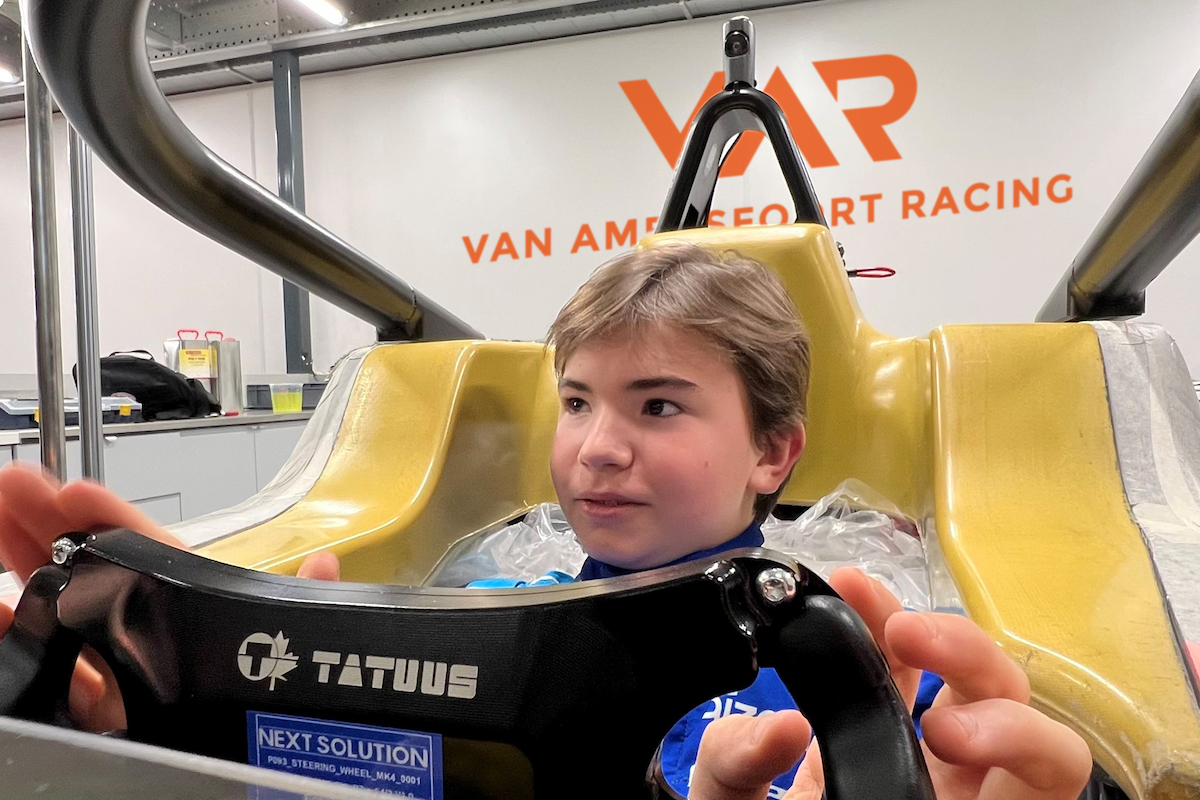 Emerson Fittipaldi Jr will drive for Van Amersfoort Racing during his second season in Formula 4 this year.

In 2021 he stepped up from karts to car racing in Danish F4, which permits 14-years-olds to race, and finished third in the overall standings with a pair of race victories.

While still racing in karts, Fittipaldi – who like his father also goes by the nickname Emmo – was signed to the Sauber Formula 1 team’s academy when it was launched in 2020.

“I had a great F4 debut season last year,” he said. “It was a challenging year as there was so much to learn, but I loved racing the F4 car every single minute.

“I spent the winter preparing myself both mentally and physically and feel more than ready to start the season. I will face tough competition this year, I realise that, but challenge motivates me, so I can’t wait to get going.

“Attacking the season with Van Amersfoort Racing gives me a huge confidence boost. I have spent quite some time with the team already, prepping myself in the simulator, getting to know the team and so on, and I have felt welcome from the very first moment onwards.”

As with Martinius Stenshorne, who was announced as VAR’s first F4 driver for 2022 on Saturday, the team has not confirmed Fittipaldi’s exact programme but it is likely to combine appearances in the Italian championship and Germany’s ADAC series.

“Despite his young age, Emmo Jr already collected an impressive track-record” says Rob Niessink, VAR’s CEO. “As son of a two-time F1 world champion, it is not strange to see that Emerson reads and writes racing. He is a bright, smart, and talented youngster with a natural racecraft not often seen.

“Of course, he has a challenging road ahead of him. He is young and has lots to learn, but we have full confidence in his ability to work with the team and progress.

“Emerson communicates beyond his age, which will help him in his way forward. We are proud to be able to guide him on his way to higher levels and will offer our full support in every way possible, both on and off the track.”