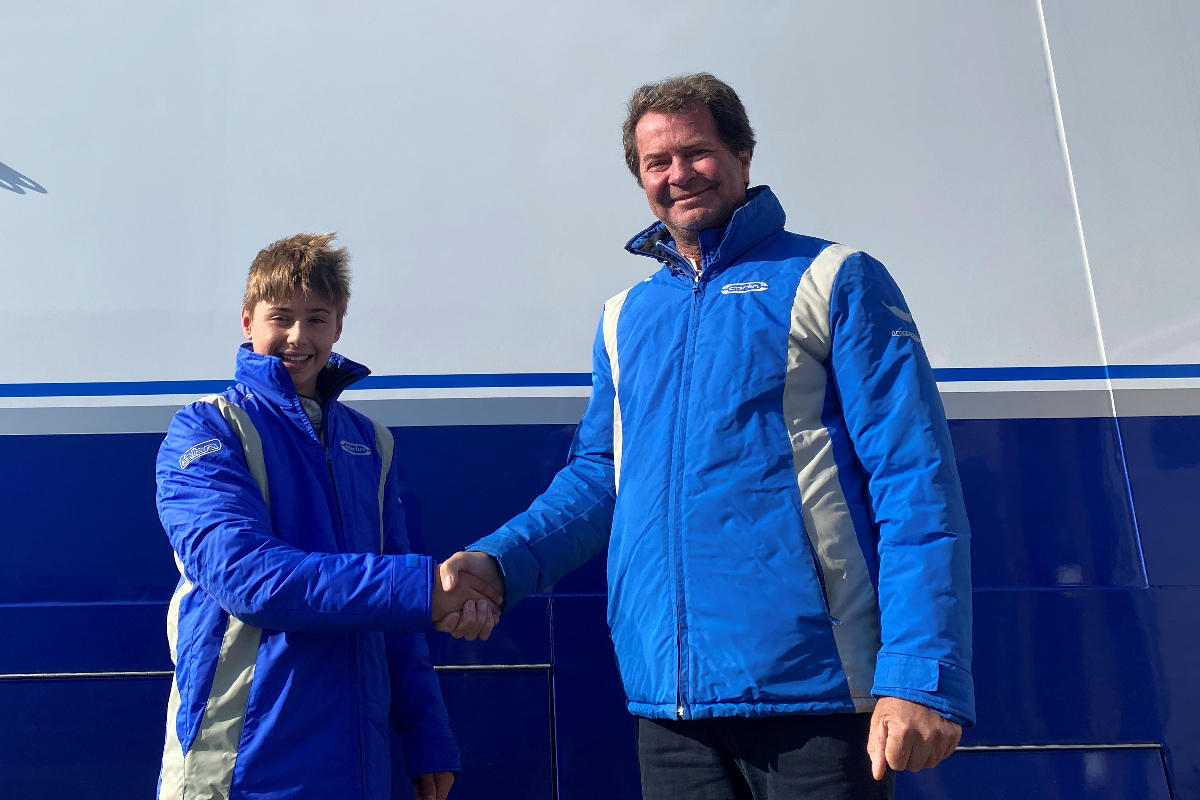 New Zealander Louis Sharp will step up from South Island Formula Ford to join Carlin in British Formula 4 through the rest of 2022.

The 14-year-old is currently third overall and second in the Class 1 points in SIFF ahead of the season finale later this month, and has won five races in the first five rounds.

His move to Britain is being backed by Rodin Cars, a manufacturer of single-seater cars that sponsors Sharp’s countryman Liam Lawson who drives for Carlin in Formula 2.

“It’s all a dream come true. I’m excited to kick off my journey with Carlin, the same team as Liam where the likes of Lando Norris and Daniel Ricciardo also raced,” said Sharp.

“My goal is Formula 1. I know there is a lot of hard work required to make it, but this support [from Rodin founder David Dicker] means I can concentrate on being the best I can be on track.”

“Louis clearly has a lot of potential and I’m excited to see how he progresses as he familiarises himself with the track and car here in the UK,” said Carlin team principal Trevor Carlin.

“This is exactly what the British F4 championship is about, providing a fantastic proving ground for young drivers from across the world. With the new Tatuus-Abarth package and the incredible circuits we have here in the United Kingdom, this is the perfect training ground for tomorrow’s racing stars.

“Without a doubt Louis will have a steep learning curve ahead of him, but the way he has handled himself in the short time we have had with him so far would indicate he’s capable of taking that all in his stride.”

Dicker commented on the signing too, saying: “It’s really up to Louis where this journey will lead him. I have merely absorbed the financial restraints, enabling Louis to focus on what he does best. I have full faith Louis will put New Zealand on the international motorsport map.”