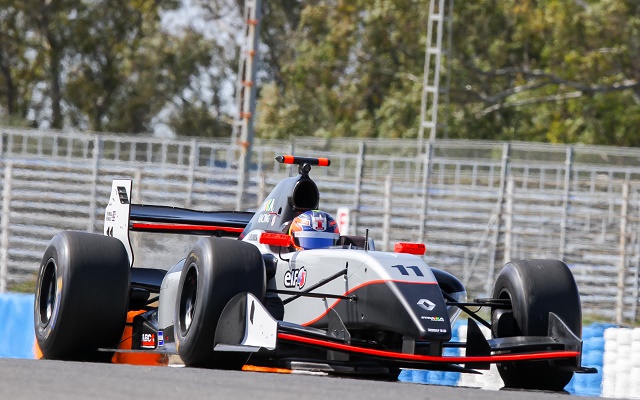 Strakka Racing’s Tio Ellinas has now topped two sessions out of three in the Formula Renault 3.5 pre-season test at Jerez.

Thursday’s pacesetter led most of the morning session, finishing more than a quarter of a second clear of the rest.

Matthieu Vaxiviere, who set the pace for much of the post-season testing but struggled yesterday, recovered to take second.

Tom Dillmann of Carlin took third from Beitske Visser in the penultimate hour of the running as the Dutch driver picked up fourth in spite of a mid-session trip to the gravel.

Jazeman Jaafar led the Fortec charge in fifth, ahead of newcomer Gustav Malja and Pietro Fantin, who made up the list of drivers within one second of Ellinas.