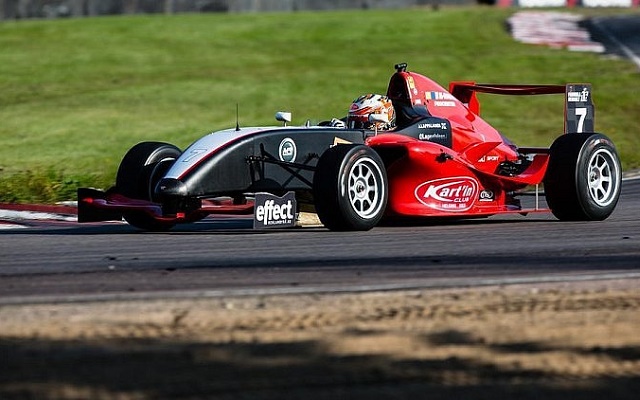 Juuso Puhakka has been announced as Formula Renault 1.6 Nordic champion’s FinnDrive second signing for the 2015 season in the category.

Puhakka joins the previously unveiled returnee Ilmari Korpivaara, making up an all-Finnish lineup for the team.

In 2012, Puhakka finished in the KF3 class of the Bridgestone Cup. The next year, he was fifth-best in the Finnish championship, right behind his new teammate Korpivaara.

“Winning is everything and we will do what we can to rob the Swedes of the title this year as well,” teased FinnDrive boss Sami Lappalainen. “Ilmari is passionate about racing and is willing to work hard to achieve success on the track. He has all the qualities necessary to become a championship winner.”

“Juuso, meanwhile, really impressed us when he tested Formula Renault car for the first time last fall. He learned quickly and was fast right away.”

Joonas Lappalainen, who moves into the Audi TT Cup this year, won four races for FinnDrive on his way to the 1.6 Nordic 2014 title. Korpivaara was seventh with two podiums.