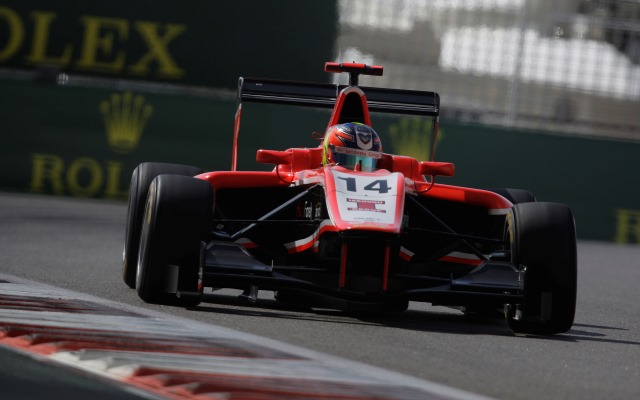 Ellinas and Stoneman got good starts to move past pole-sitter Patrick Kujala at the beginning of the race and Ellinas then quickly opened up a lead of three seconds as Stoneman came under pressure from Conor Daly.

Ellinas began to struggle with his tyres late on however and fell back towards Stoneman and Daly. Stoneman was right on his tail during the last lap but he held on to take his first win since the opening race of the campaign in Barcelona.

In second, Stoneman capped his remarkable comeback after three years away from single-seaters. A slow exit from the hairpin on the last lap left Daly under attack from ART team-mate Jack Harvey but the American held on to end the year with a podium.

Series champion and race one winner Daniil Kvyat finished on the tail of the top four having fought his way through from eighth on the grid in his last race before he makes his Formula 1 debut next March.

Nick Yelloly took time to clear the struggling Kujala but went on to set the fastest lap on his way to sixth, one spot ahead of Carlin team-mate Alexander Sims. Dino Zamparelli claimed the final point in eighth ahead of Giovanni Venturini and Alex Fontana.