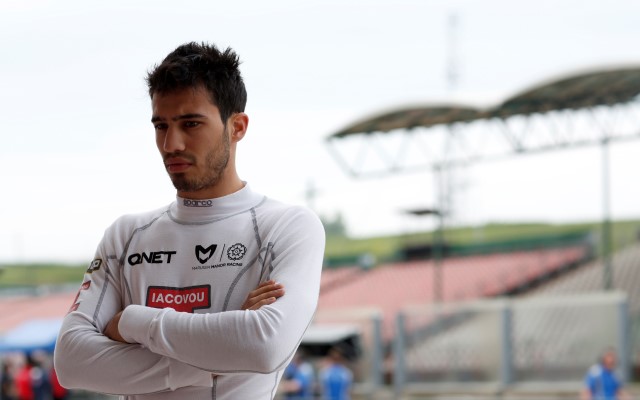 As at the opening test at Motorland Aragon at the end of February, six teams (DAMS, Fortec, Draco, Arden, Strakka and Lotus) are fielding a pair of confirmed race drivers for the 2014 season at the test from Monday to Wednesday.

Ellinas will spend the first two days with Tech 1 Racing alongside Marco Sorensen, and then switch to Pons for the third day. No driver has been named for the Tech 1 car for Wednesday.

Nigel Melker had ran with his 2013 team Tech 1 during the Motorland test, but is returning this week to ISR – for whom he drove in an unofficial test at Paul Ricard last month – alongside the Czech squad’s confirmed racer Jazeman Jaafar.

Meindert van Buuren will continue to test with Pons, with Visoiu driving the second car on the first two days before handing over to Ellinas. Romanian driver Visoiu is confirmed to compete again in GP3 this year with Arden, and will travel from Jerez to Estoril for the start of GP3 pre-season testing on Thursday.

Beitske Visser will continue with AVF alongside Zoel Amberg, the Dutch racer having set the pace in Eurocup Formula Renault 2.0 testing at Barcelona last week.

As was the case at the first test, Carlin will be absent.