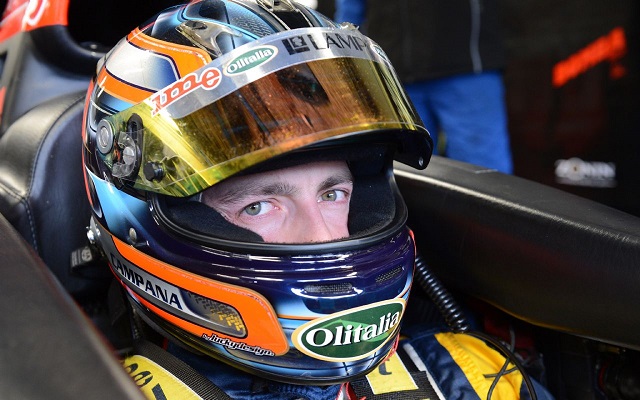 Auto GP mainstay Sergio Campana will stay in the series for a third campaign, having signed with Zele Racing for a 2014 title assault.

The 27-year-old Italian raced with Ibiza Racing Team in 2013 and was one of the four drivers coming into the season finale with a shot at the championship. He wound up finishing third, having previously taken sixth in his first year in the category.

Campana, who also has an Italian F3 title under his belt, has already raced with Zele in 2012, taking a fourth place and a third place in the season finale at Sonoma.

“I have known Michael (Zele) for some time and we work along the same lines,” stated Campana. “When I did a guest start for them at the US race in 2012, I finished on the podium off the cuff. It clicked immediately. Since then, both I and the team have developed further and we started talking about 2014 at the official testing in Jerez last year. I am sure that we can have a great 2014 season together.”

The Austrian squad has announced another potential title contender Tamas Pal Kiss earlier this week. In 2013, Zele had a difficult year, finishing sixth in the teams’ standings with a sole win courtesy of Luciano Bacheta.

“2014 will be our third year in AutoGP and it is time to challenge the big guns,” said Michael Zele. “Obviously, you need a good driver for doing so and therefore, we are very happy to have to an agreement with Sergio. He is an excellent racer, but also a great person.”