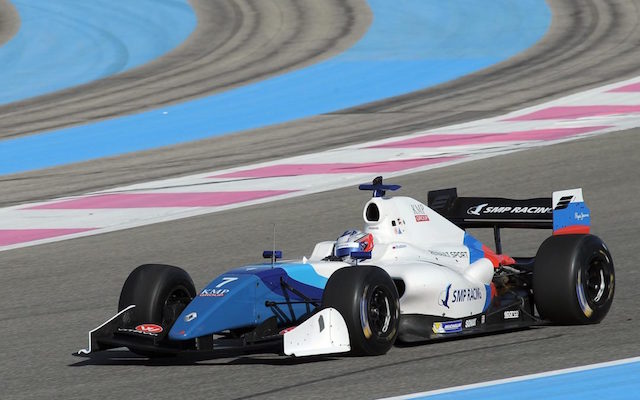 After the start was aborted due to stalling drivers on the formation lap,?Orudzhev made?a blistering launch?from the second row to muscle his way into first place at the first corner. On the other hand, both?Matthieu Vaxiviere on pole and Roy Nissany had poor starts dropping them both behind the Russian for the first lap.

By the second lap though, Vaxiviere was able to get back ahead of?Orudzhev as the top three broke away from the rest of the pack.

But his lead was cut short?as Vaxiviere would start to struggle with his car mid way into the race and fell behind both?Orudzhev and Nissany in a matter of laps.

For the rest of the race it was a well fought battle between Orudzhev and Nissany with the two almost colliding on numerous occasions before Orudzhev eventually won out to take first position with Nissany finishing second.

Third place went to Nissany’s team mate Rene Binder, who was able to keep ahead of championship leader Tom Dillmann in fourth, with Dillmann?struggling for pace for the entirety of the?race.

Vaxiviere eventually finished down in fifth?while leading a train of cars that included Louis Deletraz, Yu Kanamaru and Aurelien Panis who started from the pit lane.

Ninth position went to Beitske Visser with Matevos Isaakyan, who also started from the pit lane, rounding out the top 10.