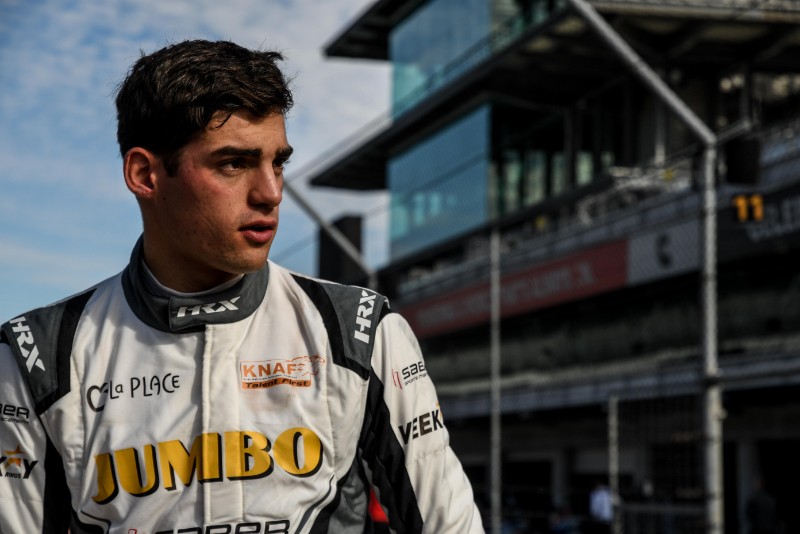 Indy Lights runner-up Rinus VeeKay will graduate to IndyCar next season in a full-time drive with Ed Carpenter Racing.

The 19-year-old won this year’s Asian Formula 3 Winter Series, and just missed out on the Indy Lights title to Oliver Askew, who has secured his seat on the IndyCar grid with McLaren Schmidt Peterson.

VeeKay started testing with ECR in August, and will replace 2015 Indy Lights champion Spencer Pigot in the team. Departing Renault Formula 1 driver Nico Hulkenberg had also been linked to the drive before VeeKay was signed.

?It?s a dream come true and something we have worked extremely hard for over the last couple of years. To step up from USF2000 to IndyCar in three years is really special.”

In 2017, VeeKay was pipped to the USF2000 title by Askew, and struck back last year by beating the American in Indy Pro 2000 and earning the Mazda scholarship for his Indy Lights drive.

?I would like to thank [ECR team prinicpal] Ed Carpenter and his partners for this great opportunity and trust.

“The number of available seats in IndyCar is very limited, so it?s a great honour that they have chosen me to join their team. I?m really looking forward to the start of the season.?

Carpenter, who races for ECR as well as running it, spoke enthusiastically of VeeKay’s signing.

?I have been following Rinus?s path through the Road to Indy, especially the past two years.

?It was clear to me that he deserves to be in an Indy car. After his first day in a car at Portland this past season, that feeling became even more apparent. His pace, feedback and demeanor inside the car was very impressive for such a young driver.

?We?re very excited for the 2020 season to get here and have an ECR car return to Victory Lane!?