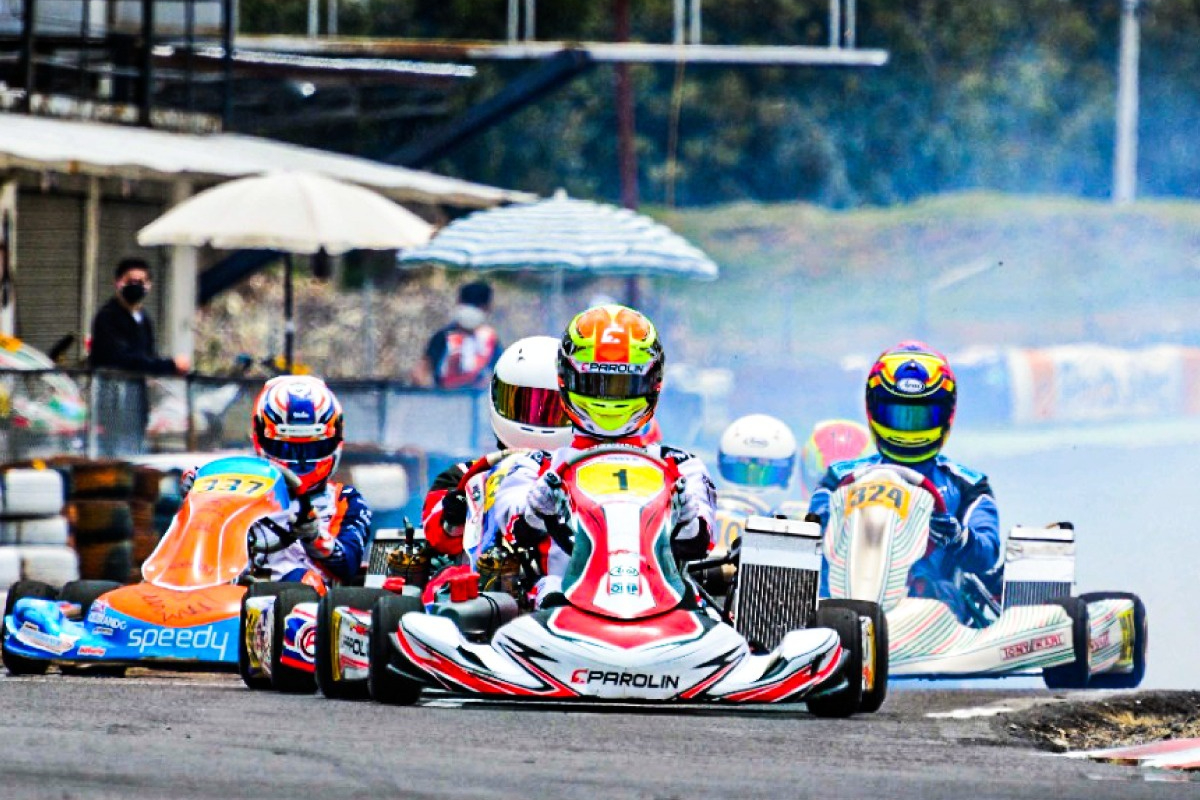 The first driver for the 2022 French Formula 4 season has been announced, with Ecuadorian karter Mateo Villagomez choosing the series for his full-time move into single-seaters.

Villagomez [pictured above, centre] is a two-time national karting champion in his home country, and also been a star of the Colombian scene as he’s risen up the ranks.

In senior karting he has competed in the USA too, recently contesting various ROK kart events and represented Ecuador.

He has a made a name for himself in cars too, sharing a Radical SR3 sportscar to claim victory in Ecuador and Peru’s six-hour endurance races.

His French F4 move comes as Villagomez is a new addition to the VF Motorsport Driver Academy set up by French former karting star Vincent Fraisse and which bases its on-track driver support activities in France.

That will mean he can do private testing in first-generation F4 machinery and other junior single-seater cars, as well as karts, to acclimatise himself with French-speaking teams and the European motorsport scene.

The 2022 French F4 calendar will now officially include the Pau street circuit, which last featured in 2019, as well as international rounds at Spa-Francorchamps in Belgium and Valencia Ricardo Tormo in Spain which has taken the place of the Italian round at Monza.

Delivery of the Renault-powered second-generation Mygale F4 car is already taking place, meaning private owners can begin testing over winter before the FFSA Academy organises tests for its centrally-run series.

The first confirmed one of those is at Le Mans next March, but it is anticipated there will be at least one earlier test day once a full grid of cars can be run.