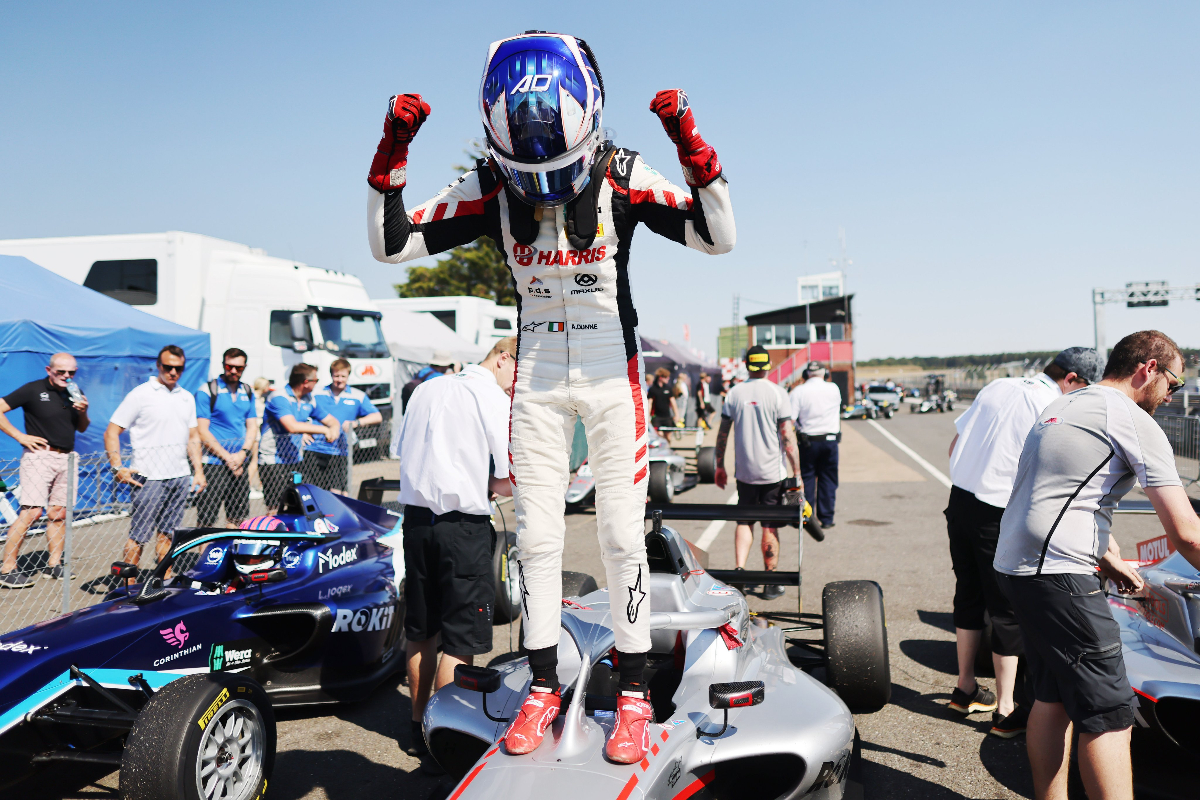 Alex Dunne puts in a faultless drive at Snetterton to win the final British Formula 4 race of the weekend by more than 10 seconds.

The championship leader was unchallenged throughout the race and put in a fastest lap half a second quicker than anybody else on his way to victory number nine of the year.

The closest battle for much of the race was between Georgi Dimitrov and Ollie Gray. Dimitrov took second on lap one but then had to contend with Gray. As Dunne escaped at the front, Dimitrov was forced to defend, allowing Eduardo Coseteng to close onto the back of the podium battle.

Gray finally managed to find a way past Dimitrov, but by this point Dunne was more than six seconds up the road. Gray couldn’t close that gap but was able to shake Dimitrov, who came under attack from Coseteng late on.

There was drama for Ugo Ugochukwu, who is third in the standings. Ugochukwu had managed to climb up to sixth, behind Oliver Stewart, but came under attack from a charging Daniel Guinchard late on. The two made contact, which sent Guinchard into a spin and launched him over the sausage kerbs. He was able to continue, albeit dropped back to 11th.

Joseph Loake, who had been directly behind the battle, had to run wide to avoid the incident and spent the closing stages of the race trying to climb back up through the order.

Ugochukwu was able to continue and finished just behind Stewart in sixth. Virtuosi Racing’s Michael Shin was seventh, and the recovering Loake was just behind in eighth.

Elswhere, Aiden Neate made contact with Louis Sharp early on. Neate was sent over the front-left wheel of Sharp’s car as they battled for position at the tail end of the top 10. Neate was able to continue, while Sharp had a visit to the pits for a new front wing.

Series newcomer Jack Sherwood managed to avoid the incidents to come through and take ninth for Chris Dittmann Racing, and Edward Pearson completed the top 10.