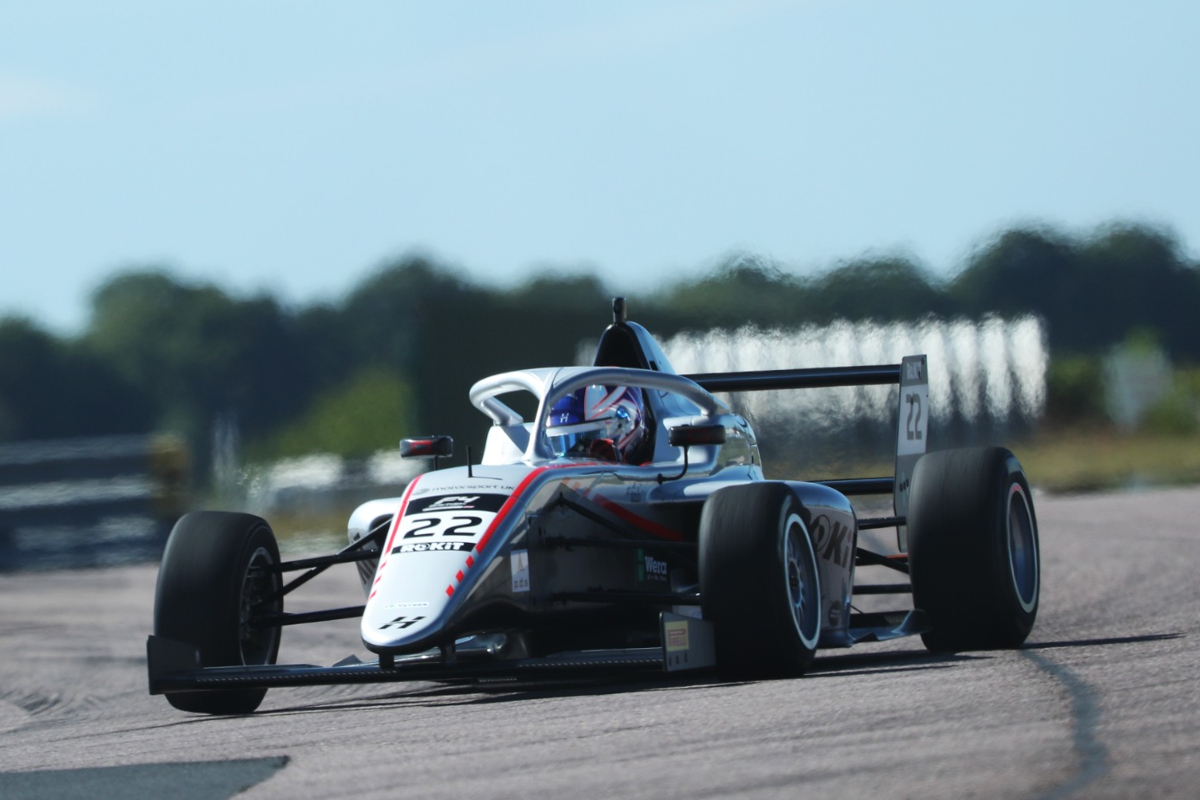 Alex Dunne claimed his 10th and 11th poles of the British Formula 4 season in the series’ second visit of the year to Thruxton.

Hitech GP driver Dunne topped the times early in qualifying, becoming the first driver to set a time in the 1m10s. He was briefly dropped down the order but a 1m10.448s lap in the second half of the session after everyone had pitted for fresh rubber proved to be unbeatable. He ended qualifying more than three tenths of a second clear of the rest of the field.

His closest title rival Ollie Gray originally slotted into second, but was knocked down the order by Carlin team-mate Louis Sharp who held the position as lap times dropped before a strong flying lap for Ugo Ugochukwu briefly put the McLaren junior on provisional pole.

Dunne crossed the line moments later to set his best effort, knocking Ugochukwu down to second which was where he would stay until the chequered flag. The pair will share the front row of the race three grid too, with the order set by second-best times.

Sharp qualified third for both races, ahead of Virtuosi Racing’s Edward Pearson and Argenti Motorsport’s Aiden Neate, the only other driver to top the order at any point during the session. He had gone fastest after the opening laps and briefly at the midpoint of qualifying before being knocked back to fifth. Neate will start ahead of Pearson for race three.

JHR Developments’ Joseph Loake was sixth fastest (but will be fourth on the race three grid) ahead of Argenti’s Daniel Guinchard and Hitech’s Eduardo Coseteng. Argenti’s Adam Fitzgerald and Oliver Stewart completed the top 10, while Gray failed to find more pace after his early laps and plummeted to 14th.