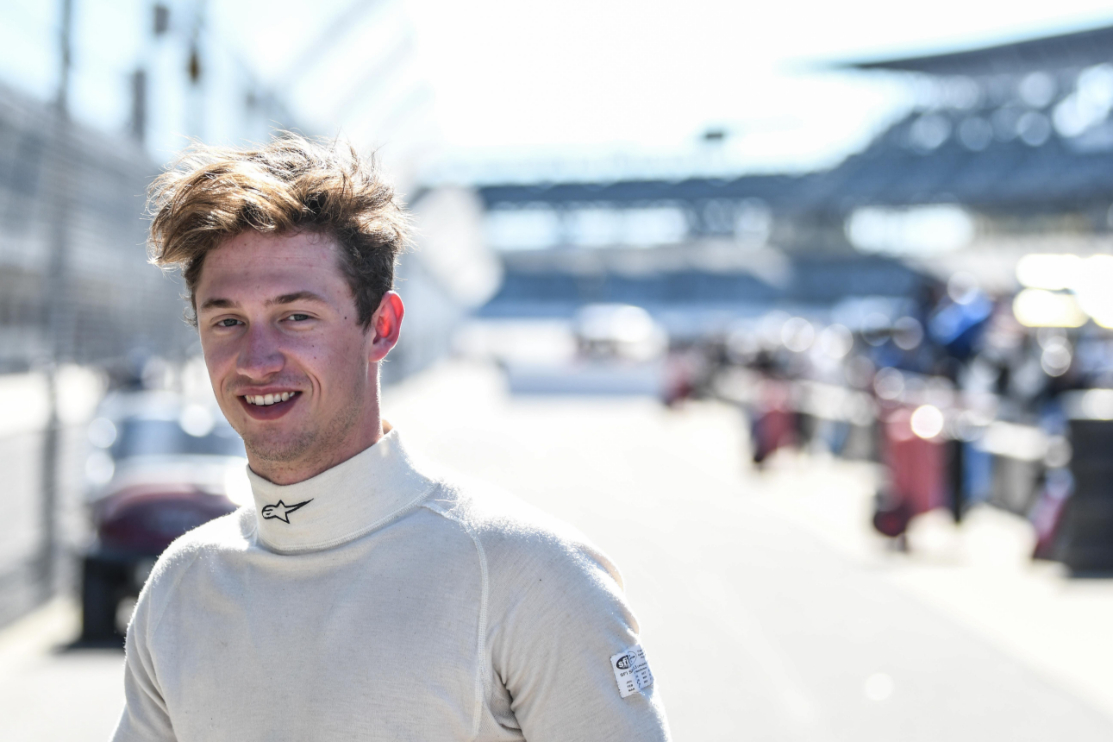 Flinn Lazier, son of 2000 IndyCar champion Buddy, will debut in Indy Lights in next weekend’s Portland round.

The 23-year-old has signed with Abel Motorsports and will be team-mate to Jacob Abel at the season-ending Laguna Seca double-header the week after too.

Lazier has had a scattered single-seater career so far, making a USF2000 cameo in 2017 (a year in which he also made his Formula 4 debut) and winning in Formula Enterprises 2 at the SCCA National Runoffs a year later.

He won the Atlantics segment of the event in 2019 as well as coming sixth in the Atlantics series, then did two Indy Pro 2000 rounds with a best finish of ninth and an Indy Lights test in 2021. He recently returned to the wheel of a Lights car in a test with Abel, and leads the Atlantics points with one round to go having won half of this year’s races.

“I’m really excited to get this opportunity to make my Indy Lights debut with Abel Motorsports,” said Lazier.

“I’ve been working for this for a long time, and I am incredibly grateful to Abel Motorsports for giving me the opportunity to get my feet wet in the series. I can’t wait to get to Portland and begin working with the team and seeing what we can accomplish together.”

In addition to Lazier’s father winning an IndyCar title, an ‘American IndyCar’ title and the 1996 Indianapolis 500, his grandfather Bob Lazier raced in CART, made the podium in Indy Lights and won a Formula Super Vee title.